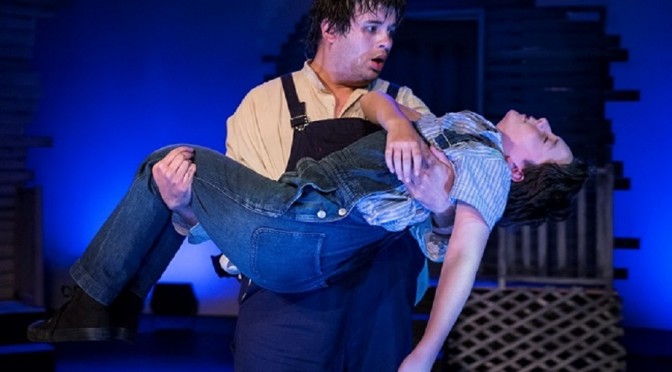 Faced with the inevitable comparisons any audience would make with the classic 1962 film in which Gregory Peck so deservedly won the best male actor Academy Award, any playwright, director and actor involved with presenting a production of TO KILL A MOCKINGBIRD would have to be brave indeed.

Director Annette Rowlison, and the entire cast and the creative team have stepped up to the plate and come up with a revival that is well worth seeing.

True it is that the venue’s lack of a stage with revolving facilities made the one, rather spare set for the entire two acts somewhat off-putting. As compensation though, the venue’s lack of size and the position of the stage generate a definite intimacy between the audience and the production.

Again, it is true that for many, if not for most of the audience, the story-line of the play would be known, so that the plot would hold little by way of surprise. Such was the quality of all the actors, however, that the story was vividly brought to life.

Set as the story was in the Deep South of the U.S.A., the accent of that area had to be adopted by those actors, which made it difficult at times to understand every word that was spoken. At the same time, the successful maintaining of such an accent for the entire length of the play was a testament to the cast’s overall skills.

Those skills were certainly evident in respect of all the cast. Each played his or her role superbly. Highlights were the wonderful closing address to the jury [who were the audience] of Lynden Jones, who played Atticus Finch, the never- wavering, remarkable polish of nine year old Teagan Croft, who played Scout, the suavity of David Ross, who played the prosecutor, and the total credibility of Craig Meneaud, who played the accused Negro, is only meant as testimony to the acting talents of each member of the cast.

The feature of this production can best be described as its warmth and heartfelt sincerity. The racism and discrimination depicted in the play still unfortunately exists within America and Australian society today. The play has many lessons and, without doubt, this production is a great way to learn them.

Annette Rowlinson’s production of Christopher Sergel’s stage adaptation of Harper Lee’s classic novel TO KILL A MOCKINGBIRD opened at the New Theatre, Newtown on the 18th March and is running until the 19th April.