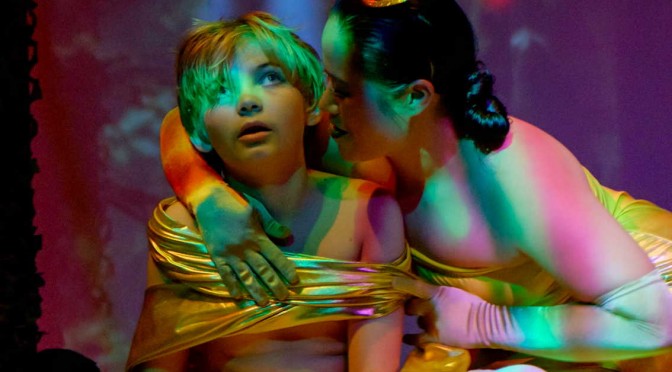 Markus Weber and Michael Summ’s musical adaptation of Rudyard Kipling’s JUNGLE BOOK, had a very successful season back in April 2014, is a child friendly musical full of catchy lyrics. This is a fast-paced and very entertaining show for young and old alike, with plenty of dancing and songs and humour, and with enough context to keep the adults thoroughly entertained.

JUNGLE BOOK – THE MUSICAL easily delivers the eternally important message of being vigilant about ecological awareness and the need for constant conservation of the world’s wildlife.

This classic jungle tale features Mowgli (the man cub), Baloo (the bear), Bagheera (the panther), Kaa (the python), King Louie (king of the monkeys) and their arch nemesis Shere Khan (the tiger).

Can Mowgli fight off the taunts of Shere Khan, the Bengal tiger who wants him out, while trying to escape the hypnotic powers of Kaa, the python? Baloo is the bear who teaches Mowgli the important lessons of life. Bagheera is the Black Panther who shares with Mowgli all the wisdoms of the jungle world. King Louie, the king of the monkeys want Mowgli to show him the red flower. Will Mowgli be eaten, as the most delicious menu item in the jungle?!

Expect your children, to ask to want to come back to see the show again. In the foyer, meet the entire cast after the show, and you are welcome to take photos of your children with each member of the cast.

Recommended, JUNGLE BOOK (Book and lyrics by Markus Weber, Music by Michael Summ) is playing the King Street Theatre, Level 1, 644 King Street, corner Bray Street, Newtown until the 30th January. Running time seventy-five minutes. Performance times – There are two shows daily during the week at 10.30am and 1.00pm. As well there is one performance every Saturday at 1.00pm.

All photos by THOMAS ADAMS.