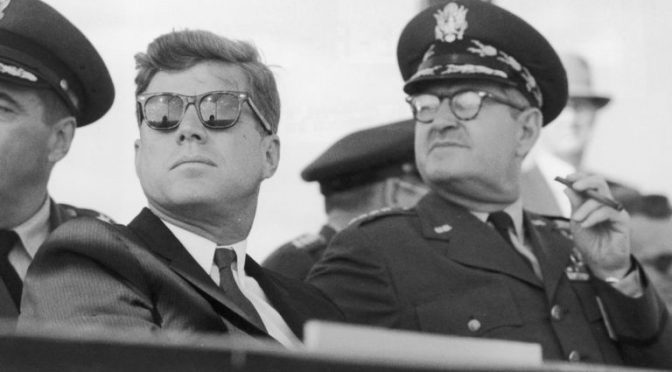 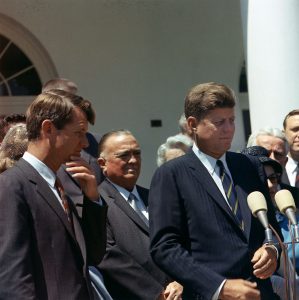 Those alive at the time remember exactly where they were and what they were doing on November 22 1963, the day US President John Fitzgerald Kennedy was assassinated.

Directed by Oliver Stone with a script by JFK assassination expert James DiEugenio, this captivating mini-series is narrated by Whoopi Goldberg and Donald Sutherland. Episodes will drop weekly with the full mini-series available to binge December 13.

After Kennedy was shot and killed in an open-topped motorcade in downtown Dallas on November 22, 1963, the Warren Commission concluded that his murder was the work of lone gunman Lee Harvey Oswald. When Oswald, while in custody, was shot and killed just two days later by nightclub owner Jack Ruby, it further muddied the waters. Over the years, Stone and many others became convinced that there were greater forces behind Kennedy’s assassination than just one man.

In December 1991, Oliver Stone’s feature film, JFK, concerning the assassination of President John F. Kennedy was released. Through the eyes of Louisiana Distinct Attorney Jim Garrison (Kevin Costner), Stone’s film explored the myriad controversies and cover-ups surrounding the dramatic murder of one of the most influential politicians America has ever known. The film was nominated for eight Oscars, winning two, and remains one of the most financially successful movies of the director’s distinguished career.

Now, years in the making, comes Stone’s four-part deep-dive mini-series which takes a fresh look at the conspiracy and new evidence for the events of November 22, 1963 and the days that followed. The documentary investigates the early formation of President Kennedy’s foreign policy worldview, from his travels to Vietnam as a senator (where he saw first-hand the French losing their colonial war), his support of fledgling democracies in Africa, and his anti-colonial convictions which put him in opposition to the Eisenhower administration, the CIA and the Pentagon. Viewers are also given a behind-the-scenes glimpse into the post-assassination actions and initial suspicions of Kennedy’s brother, Robert, as well as his views on the official Warren Commission investigation. Assassination forensic and ballistic evidence is also explored in great detail. 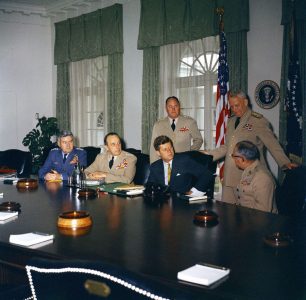 In researching and making this series, Stone spoke to a diverse array of authors, historians, witnesses and experts in forensics – especially the stand up comedic Cyril Wecht, a stand out- as well as ballistics and medicine in Los Angeles, Dallas, Washington D.C. and San Francisco – to reveal the truth behind the lies and misinformation and provide a deep-dive into newly-discovered evidence like no other JFK documentary has done before. What JFK: DESTINY BETRAYED methodically shows is the immense degree to which the cover-up behind Kennedy’s assassination was poorly executed.

JFK: DESTINY BETRAYED will undoubtedly inform a new generation, as well as an old one, that this murder was indeed shocking and consequential. While producer Rob Wilson believes it will be difficult for anyone with an open mind to not be swayed by the evidence in the mini-series, Stone simply says, “I’m very happy to have this in play. My original film exists. And now this documentary exists. It’s as close as we’ll probably ever get to nailing the establishment figures who organized the killing of our president and got away with it.”

Kennedy’s ghost will not be appeased and the haunting refrain of lost brains, magic bullets, and shocking pretexts continues to curdle what could have been.

JFK: DESTINY BETRAYED will premiere on DocPlay on November 22, with episodes dropping weekly.