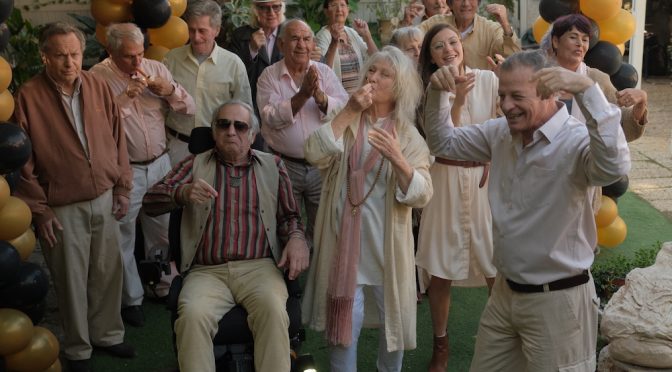 In 2022, the Festival will also move into Dendy Cinemas, Southport (Queen Street Village) from 26 March – 3 April, a new cinema location in the Gold Coast.

Each year, the Jewish International Film Festival presents a fresh and diverse selection of Jewish cinema from Australia and around the world. In 2022, the Festival will screen 55 feature films and a shorts package from 19 countries, including two world premiere screenings of Australian films. Audiences can also look forward to a full suite of events including live music, comedy, cabaret and more.

The Festival will launch its program with the high spirited Australian Premiere of Israeli stoner comedy Greener Pastures on Sunday 30 January at 4PM in Melbourne (Classic, Elsternwick), Sydney (Ritz, Randwick) and Perth (Luna Palace, Leederville). This laugh-out-loud feature follows an elderly man forced into destitution, who hatches an ingenious plan to sell marijuana to nursing home residents in order to buy his house back. Tickets on sale from Wednesday 15th December.

“We are thrilled to return to cinemas around Australia in 2022 with a world-class program featuring 55 feature films plus a full events suite that encapsulate the experiences of the Jewish community from Israel and the diaspora,” said Jewish International Film Festival Artistic Director, Eddie Tamir. “We’re also very excited to announce our new Gold Coast beachside home, Dendy Cinemas in Southport.”

Stay tuned for further announcements on the full program and virtual guests. Tickets on sale from Sunday 30 January.

Stay up to date with JIFF: