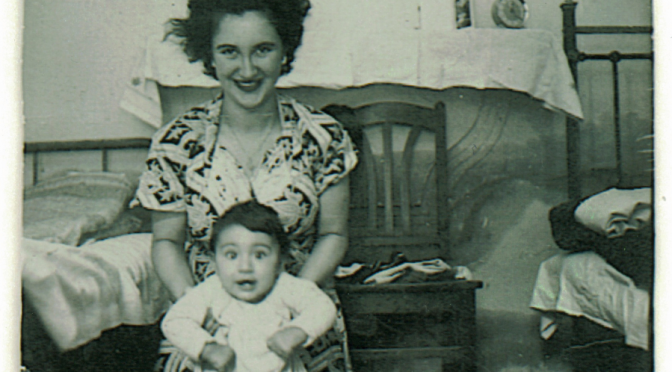 From Australian documentaries The Last Goldfish and My Mother’s Lost Children, to intimate Yiddish drama Menashe, fascinating biopic Rebel in the Rye, and award-winning hits In Between and Keep the Change, the JEWISH INTERNATIONAL FILM FESTIVAL is back for another year of outstanding Jewish cinema from all over the world.

With 65 films from 26 countries, the Festival builds on a 28 year long history of bringing the best of Jewish cinema to Australia, presenting 38 features and 23 documentaries to audiences in Sydney, Melbourne, Brisbane, Perth and Canberra. The Festival will also screen films by the inaugural recipients of the JIFF Short Film Fund, Dream House and Still Alive.

“I am thrilled with the incredible creativity and diverse storytelling of our films in the line-up this year. With the first commercial release Yiddish language film in over 50 years, and fantastic events including a live jazz night and a collaboration with Sydney Writer’s Festival, we’re extremely proud to present our 2017 program,” said Jewish International Film Festival Artistic Director, Eddie Tamir.

Highlights of the 2017 program include: moving drama In Between, following three Palestinian women living in Tel Aviv balancing traditional and modern culture, and winner of the Best Feature at Tribeca 2017, Keep the Change, a charming romantic comedy about the blossoming relationship between two people at a support group.

Not to be missed is Bombshell: the Hedy Lamarr Story, narrated by Diane Kruger (Inglourious Basterds) and featuring interviews with Mel Brooks (The Producers) and Peter Bogdanovich (The Last Picture Show), the eye-opening showbiz documentary shines a light on Hollywood queen Hedy Lamarr.

Showcasing the best of local Jewish filmmaking, the Festival will screen The Last Goldfish, an autobiographical documentary by Sydney’s Su Goldfish as she searches for her lost family, from Australia to Trinidad and WWII Germany. Rich with archival images, the film echoes through all those touched by forced migration. Goldfish will also engage in audience Q&As after screenings.

The Festival will also screen two films from Melbourne filmmaker Danny Ben-Moshe: My Mother’s Lost Children, an uplifting documentary following Ben-Moshe’s own family, when two children, stolen from them, reappear after 40 years; and Shalom Bollywood: the Untold Story of Indian Cinema, a fascinating look into the overlooked influence of Jewish women in Bollywood – the first dance, kiss, talkie and colour film. Ben-Moshe will take part in an audience Q&A for both films.

Closing the Festival will be The Rebel in the Rye, starring Kevin Spacey (American Beauty) and Nicholas Hoult (X-Men: Days of Future Past). A fascinating biopic on the infamously-reclusive author JD Salinger, the film covers everything from Salinger’s Jewish upbringing and his WWII service, to the completion of his iconic novel The Catcher in the Rye.

JIFF has generously offered 3 double passes to a film of your choice.  To enter email editor.sydneyartsguide@gmail.com using JIFF COMP as the subject by 5pm Friday 17th November.  Only winners will be notified.

For more information about the JEWISH INTERNATIONAL FILM FESTIVAL which is now playing at  Event Cinemas, Bondi Junction and the  Hayden Orpheum, Cremorne  visit :