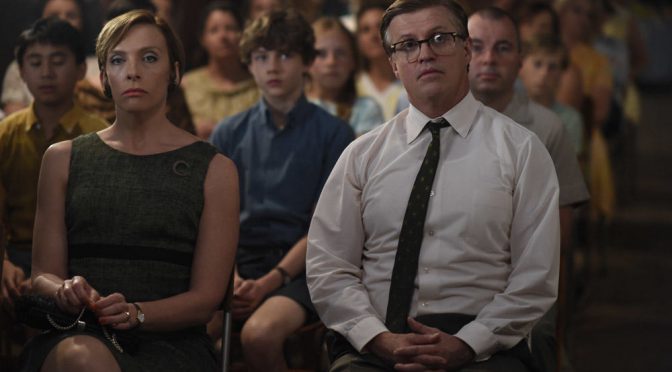 JASPER JONES is a gem.

Pic opens with schoolmates Charlie and Jeffrey debating the attributes of the super hero, and how Spiderman is an urban superhero who would be out of his comfort zone in their small, rural town.

For Jeffrey Superman and Spiderman are the supreme embodiment of a superhero, but for Charley it’s Batman, whose super power is not supernatural like the kid from Krypton, but courage like the caped crusader.

Courage is at the forefront of JASPER JONES, and author Craig Silvey has courageously adapted his novel with Snowtown scribe, Shaun Grant.

Idle banter about bantering idols and childish choices like “Would you rather wear a hat made of spiders or have a hand with fingers replaced by penises?”, give way to more pressing matters when Charlie answers a midnight summons from town outcast, Jasper Jones.

Charlie accompanies Jasper to a billabong where the body of a 16-year-old girl, Laura Wishart, hangs from an eucalypti tree. She was Jasper’s girlfriend, his only friend, and now she is dead. Charlie immediately wants to contact the police but Jasper is adamant that they cannot, as he will be blamed because he is Aboriginal and explains that he already knows who is the killer; it’s Mad Jack Lionel, the town recluse and former abattoir worker who is rumoured to have slaughtered a woman several years ago.

Submitting the body to the billabong, agreeing to keep it a secret and catch the real killer themselves, the two boys go their ways.

Charlie seems to be flanked by racial discrimination as his other friend, Jeffrey, is from Vietnamese heritage, parochial prejudice percolating because the story is set during our military involvement in Vietnam.

Jeffrey is such a cheeky, cheerful chap with a such a palpable penchant for cricket, that he is able to prick the prejudice with his prowess on the pitch. The cricket match sequence is one of the highlights of the film and Kevin Long’s performance as Jeffrey is just as winning.

Rising star, Levi Miller, takes on the challenging role of Charlie, a kind of conduit of events, secrets and lies, a main circuit cable plugged into the small West Australian town. An aspiring writer, like his father, Charlie is in transition from childhood to maturity, both observer and participant in a tumultuous time.

Comparisons to To Kill A Mockingbird are obvious but in a completely complimentary way.

Both titles, book and film adaptation, are cemented in the classic coming of age canon.
Instead of the American South of Scout and Atticus Finch, there’s the Australian West for Charlie and his mum and dad in Pemberton, around 330 kilometres south of Perth, a former timber town that has green pastures, acres of rolling vineyards, waterfalls and crystal-clear streams, all brilliantly exploited by one of Australia’s foremost cinematographers, Mark Wareham.

Director Rachel Perkins states that, “It is my hope that this film fulfils fans of the book belief in us, and more broadly, the purpose of stories, which in the words of our writer Craig Silvey, exist to promote empathy, to test preconceptions and to transform opinions. The audience will ultimately be the judge if we have succeeded in that quest.”

No question, Rachel. You have succeeded!