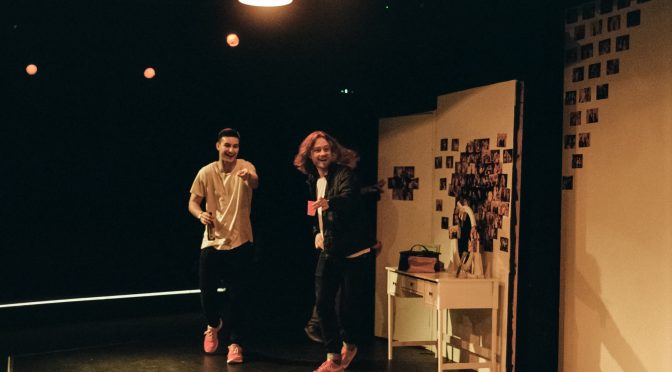 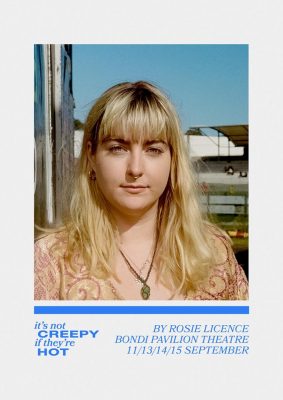 A large crowd enjoyed the opening night of IT’S NOT CREEPY IF THEY’RE HOT at Bondi Pavilion Theatre as part of the 2018 Sydney Fringe Festival. It proved that Rosie Licence is a strong new playwright. Director Max Baume describes her writing as “brutally honest” and “painfully hilarious”.

IT’S NOT CREEPY IF THEY’RE HOT is the third play written by Rosie Licence. Blending verbatim theatre, slam poetry and new music, we follow twelve friends, who aren’t that great at being friends. A range of contemporary topics are raised including body image, feminism, explicit pics and internet advice. From the early threatening question: “You’re not going to tell him are you?” this 120 minute play in which much is said has a searing message about what is not talked about.

It’s the night of Liv’s 19th birthday party and things are not going to plan. Twelve party-goers are pretending that it is a great night. Those present include university students and people who work in the pub alongside student Liv. There’s partner swapping and relationship confusion, awkward bumbling through sex, drugs and alcohol and pretensions that align with these pastimes. There is the ignoring of personal space as Liv’s room is used by as many people as feel like it, and by one comatose body. An older party-goer he is noticed with surprise, horror, shock and indifference and is ignored or spoken about with no ensuing action.

There is old style banter about the worth of Arts degrees and stoned acting. The audience seemed to love these scenes as they were performed in a genuinely likeable manner. There are enough short jokes to add a frivolous touch, making the underlying tones even darker in relief. Against the laughter are some truly black painful depictions of how some bad things done by apparently good, innocent humans are left undealt with. The audience ponders whether this applies not only to self-focussed teenagers, but universally to all of us.

All the characters appeared likeable at some stage adding to the warmth felt by the audience. With 12 cast members and 12 crew this production appears a well functioning roughly gender-balanced ensemble. It has a strong cast with complementary skills. To highlight just a few: Victoria Boult as Liv should be commended for her stamina and consistently good performance through her hours on stage, Joseph Ingui as Adam showed how the apparent outsider of the group could potentially be the most important, Akala Newman as Nina was stoic in her portrayal of the female at the edge of drugs and male bonding. Whilst the characters appeared to be strongly stereotypical, none were caricatures.

The staging is minimal, Liv regularly clearing the room and a couple of fade outs for scene transitions. The centre backdrop of the mobile phone screen works well especially as we fixate about the dots. The sound track is appropriate. On a couple of occasions all 12 characters appear simultaneously. This is not so much a Greek chorus as a collection of individuals apparently providing summative commentary. This is an interesting technique adding another stylistic layer to this new playwright’s work.

The structure of the show appeared loose at times and the final scene and monologue was not as strong as other parts. Overall, the whole was a very satisfying, though disturbing experience. The fact that this play is being performed, that we are able to shine a light into these spaces means that perhaps there is “hope”.

IT’S NOT CREEPY IF THEY’RE HOT [Facebook]  is playing at the Bondi Pavilion Theatre 7.30pm September 13th, 14th and 15th as part of the Sydney Fringe Festival 2018. 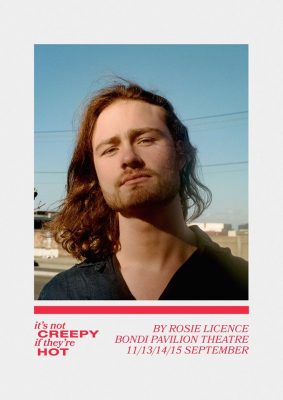