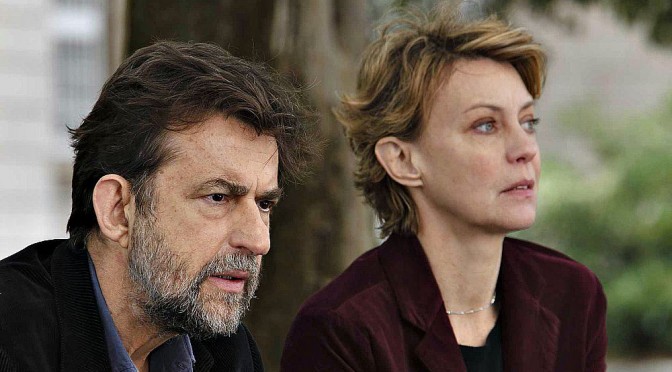 Peroni and pizza and Mitchelton wine preceded this year’s launch screening of the Lavazza Italian Film Festival at the Verona cinema.

The film chosen for the launch was Nanni Moretti’s latest Cannes festival pleaser, MIA MADRE, a mix of melancholy and madcap, starring Margherita Buy as Margherita, a film director juggling a production with a petulant star and the care of her terminally ill mother.

John Turturro gives a marvellously manic turn as the imported star who brags about his professional liaison with Kubrick, dries on dialogue, and bust some pretty impressive moves whilst simultaneously busting his director’s metaphorical balls.

The director herself is portrayed as a bit of a ball breaker, both on and off the set. She has recently split with her live in lover, and the dire diagnosis of her mother has created a reunion with her daughter and her brother, both prickly relationships precipitated by her own prickly personality.

In an on set meltdown, the Turturro character, Barry Huggins, screams he has had it with cinema and implores to crew and sundry to get him back to reality. The outburst is ironically comparative to the turmoil, conflict and contradictions his director is going through.

Moretti inter-cuts the family drama with the film within the film as well as dream sequences which gives MIA MADRE a discombobulated feel, which imbues the viewer with a vicarious sympathy as to the state of mind of Margherita.

Make what you will of a dream that has her trailing a queue outside a cinema showing Wim Wenders’ Wings of Desire while Leonard Cohen’s Fmous Blue Raincoat plays over.

The 16th annual Lavazza Italian Film Festival kicks off Tuesday September 15 with GOD WILLING at the Verona, and closes Sunday October 11 with a restoration of Bertolucci’s THE CONFORMIST.

Festival guest is Luca Zingaretti, well known actor for his popular portrayal of Inspector Montalbano, who has a couple of pictures in the festival.

Three venues – Verona, Chauvel and Norton Street – and over 30 films, it’s not just a festival, it’s a feast.