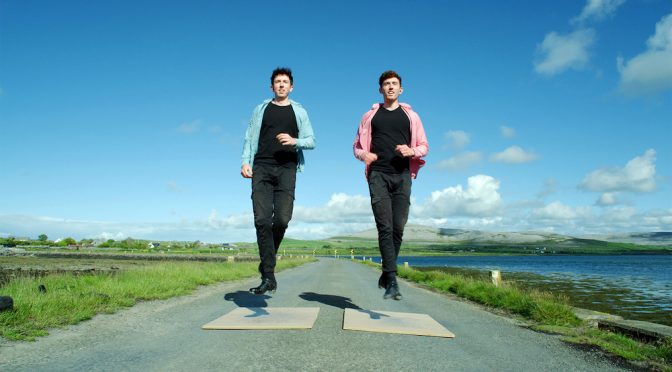 THE STEPS OF FREEDOM : THE STORY OF IRISH DRAMA is Writer/Director Ruán Magan’s award winning documentary of how Irish dance has progressed to become a global phenomenon. Beautifully shot and mesmerising to watch, STEPS OF FREEDOM relies on historical records, scholars, dancers and musicians to trace the history and development of Irish dance over the past 2,000 years.

“I’m delighted to bring a new program of Irish films to Australia this year. It’s very exciting to travel to cinemas in five cities and return to the cinema experience, which brings us together to celebrate our culture and our resilience. I’m also happy to be able to provide some of our program online to meet the needs of our audiences in far-off places in Australia and allow them to join our film community”, said Festival Director, Dr Enda Murray.

From its evolution as the dance of peasants, through times of oppression as a ‘dance of  resistance’, STEPS OF FREEDOM looks at the influence of other forms of dance on Irish  dancing and vice-versa. It also highlights the pivotal role of the Irish diaspora in forging  this intricate, percussive style of dancing, which dance historian John Cullinane explains, “…has the fastest footwork of all the dances in the world”, and how it has reached  audiences of over one billion and is taught in over 50 countries around the world.

The documentary, narrated by Morgan Bullock, a New Yorker and professional dancer with Riverdance, and featuring original performances by some of the greatest contemporary dancers and musicians, queue Jean Butler and Cormac Begley, STEPS OF FREEDOM is a celebration of the history and heart of Irish culture, and its global appeal.

“STEPS OF FREEDOM is no normal documentary: it is a social history of Ireland told through dance, revealing crucial aspects of the Irish character; and it is an entertainment show featuring stunning performances by some of the very best dancers of the day.” Writer/Director, Ruán Magan, Tyrone Productions (courtesy of RTE, 19.07.22).

“Film as a medium, film as an art-form and film as entertainment is unique in its ability to bring us inside another culture. When you marry Irish people’s ability to tell stories; our need to share enjoyment and our strong connection to our heritage, you achieve the irresistible cocktail of culture and craic that is the Irish Film Festival.

I hope the films on show finds their audience in Australia. Pick your favourite or binge them all. I am sure that any time invested in each and all the titles will be well rewarded.” Irish Ambassador to Australia, Tim Mawe.

The full Irish Film Festival program will be announced on August 4th 2022.

About the Irish Film Festival Australia

The Irish Film Festival Australia has been sharing the culture, traditions, history and character of Ireland and the Irish people with Australians since 2015.

Following a national festival touring a different city’s Palace cinema each weekend from late August through September, the IFF is proud to present a different and expanded

The Festival is a not-for-profit cultural event supported by the Irish Embassy in Canberra, the Irish Consulate in Sydney, and the NSW Government through Screen NSW.