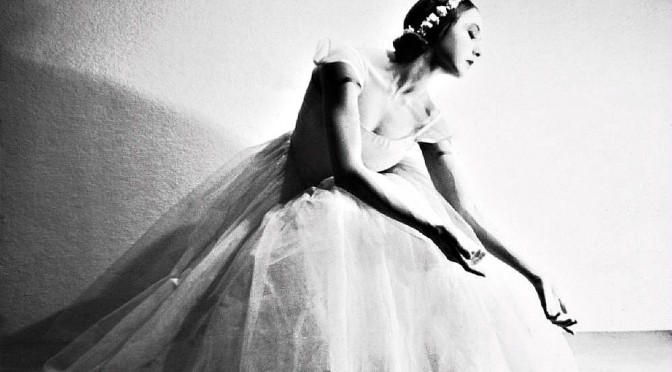 ‘It gives me personally a lot of satisfaction to feel that my work helped introduce audiences to ballet and made them like it . So there is a piece of me in all the companies that have since sprung up.The work was not in vain. I have achieved something not just for myself but for the Art that I love and for the future generations of youngsters coming after me ‘,  Irina Baronova.

This is a medium to large, exquisitely illustrated book with luminous, lavish photos,– some of which stop you in your tracks. Other photographs are fun holiday and family snaps. It is a delightful companion to Baronova’s original autobiography.

The author, Victoria Tennant, is the eldest daughter of Cecil Tennant and Irina Baronova, the latter famous here in Australia where she first delighted audiences with her dancing in 1938 with the Covent Garden Russian Ballet, and where she also spent her last years in a charming house at Byron Bay.

Following Baronova’s death in 2008, Tennant was sent umpteen boxes of her mother’s letters, papers, newspaper clippings, costumes, and scrapbooks, along with more than two thousand photographs. As Tennant began to collate , organize and pull parts of these documents for the archives at the New York Public Library she decided as well to work upon a book of the photos. Baronova’s voice is also included as there are lots of quotes from her autobiography , so her dynamic, bold and mischievous voice is heard throughout.

The work is well organised chronologically, so from early shots of the very young Baronova at the Marinsky , through to the last family photos at Byron Bay, we get to follow her amazing life. There are rehearsal and performance photos and posed studio photos from the movies Baronova took part in.

Wonderful costume illustrations for Petruchka by Baranova’s father are also included for example as well as a large company shot of the Australian Ballet in 2006 with Baranova perched on Artistic Director David McAllister’s knee.

Irina Baronova, one of the three ‘Baby Ballerinas ‘, was born in 1919 in Russia, and through an amazing string of good luck, supported by her hard work and immense talent, became the prima ballerina for both the Ballets Russes de Monte Carlo and the Ballet Theatre in New York, traveling the world and working with some of the most renowned teachers—all before the age of thirty!

In 1932 George Balanchine chose the fourteen year old ‘baby ballerina’ to star in The Ballets Russes de Monte Carlo’s landmark production of Swan Lake. During the thirties and forties, the Ballets Russes de Monte Carlo toured the United States and the world, introducing many to ballet as an art form, often on exhausting one night stand tours. We learn about the special trains and the hardships of the tours. An interesting dichotomy as the tours portrayed ballerinas as the alluring embodiment and role model of feminine grace and sophistication .

The book is also important because much of the text consists of quotes from letters, an oral history made for the New York Public Library’s Dance Division, and recorded conversations with Baronova at various times .There are some fascinating insights when Baronova discusses working with various choreographers in different ballets and their different styles and approaches.

The work also includes an excellent index at the end with very helpful llsts of all the different tours undertaken.

For more about Irina Baronova and the Ballets Russes de Monte Carlo,- http://www.press.uchicago.edu/ucp/books/book/chicago/I/bo18610338.html