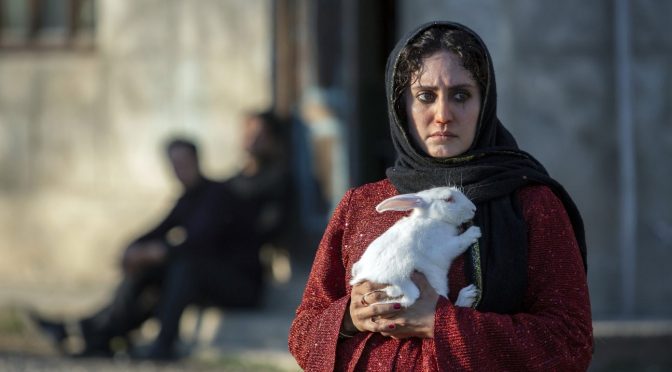 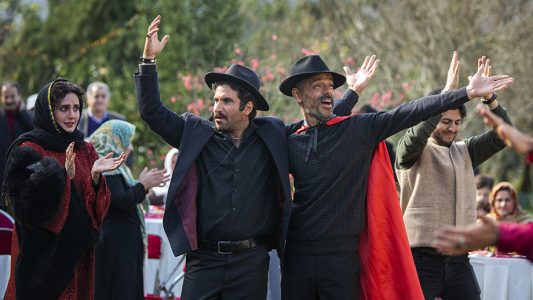 Beginning with an image that reminds one of the classic Iranian film, The White Balloon, this small gem of a picture is the story of a hospitalised, critically ill physicist, working on a theory about black holes and the end of the world, who meets a rather eccentric hospital housekeeper named TiTi.

When the physicist literally falls into a black hole, into a deep coma, TiTi, raised by Iranian gypsies and possibly possessing supernatural powers, performs an oceanic ritual to save him. This is the start of an odyssey that changes their lives forever.

Though technically single, TiTi is acting as a surrogate mother for an infertile couple in order to serve humanity and raise money to build a small home of her own. Science has made real the superstition of the virgin birth.

All the more mundane, the physicist is the divorced parent of a young daughter. His devotion to his work had created a black hole in his domestic situation, his obsessive work ethic swallowing family routine, a nebula of neglect.

TITI is a highly entertaining excursion through modern Iranian society navigating a terrain steeped in both science and superstition, technology and tradition.

Parsa Pirouzfar as the physicist also present the paradox- a man of reason excelling in science, but adherent of cultural male superiority over women. Similarly, Hootan Shakiba as TiTi’s tempestuous dashing musician-fiancé Amir-Sassan, balances the macho bravura with a sublimated love.

If any of the other films presented in the festival are only half as good as TITI then it will be time and money well spent.

Now in its 10th year, Iranian Film Festival Australia is the only nation-wide Australian Festival dedicated to Iranian Cinema. The aim is to showcase a diverse range of the best and most interesting of current Iranian cinema, which is recognized as one of the world’s most exhilarating national cinemas, and through cinema to introduce Iranian culture to other Australians.