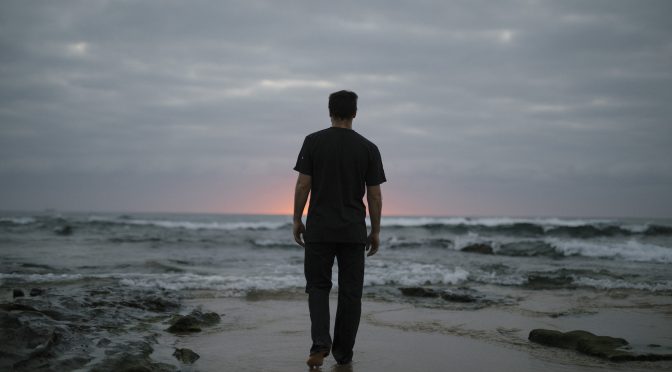 Sydney Arts Guide had a chance find out more from award-winning Australian playwright Lachlan Philpott when he stepped out of the rehearsal room to speak with us.

SAG:  Thanks for taking the time, this looks like a busy busy project!

PHILPOTT:  Yess and it’s a big project too.  Quite a large cast and a big team, it’s really quite exciting.  The play is set over nearly three decades,28 years and  3 generations.

SAG:  And about the Sydney gay hate murders of the 1980’s?   Has Lost Boys been brewing for a while or did something start you on the journey to write it?

PHILPOTT:  There was assort of resurgence of interest in what went on as there was an inquest into one of the men who had gone missing.  It became the sort of thing that was widely in the media and people were talking about it.  And I guess for me, being a Queer writer and living in Sydney, I was pretty shocked that could actually go on.

It’s funny how people didn’t know about it, I think we all knew there was a lot of violence against our community but never realised what was going on.

There was a question that was raised in an article I read a few years ago … how do these people who were involved in these gangs, who did it, how did they go on and live lives, and have children and bring up families?  Particularly because it wasn’t just boys or men involved, there were teenage girls. And, I guess, there have been a whole lot of questions around that for me.

SAG:  Has it been a long process to distil those questions into a theatre script?

PHILPOTT:  I started writing it in 2013.  I got funding to research it and write it and the research proved to be quite hard.  Since then there has been more but at the time the police report was not available.  And people were hard to track down and a lot of people didn’t want to talk about it.  So in the end I decided to go with a fictionalised version of events for a few reasons.

SAG: And it protects people?

PHILPOTT:  There’s always that problem of presenting people on stage.  The play focuses on the people who were in the gangs who perpetrated the crimes, and so a lot of those people were never brought to justice and a lot of people in Bondi, or whatever, know who know who they were.  But it hasn’t been proven and the police haven’t been able to bring them to justice yet.

And, for me, there’s a value in fictionalising work because that’s what the theatre does best, like you can do something based on a true story.  You have to use imagination anyway because you are never going to be inside the house with these people.

SAG:  That’s so true.  And the title? And who are the ‘Lost Boys’ here and why are they lost?

PHILPOTT:  Well it’s, in a way, working on both levels.  For me if you are going out to commit a crime like that you must be pretty lost.  But its also the men who were lost to the violence.

SAG: One of the victims was an Illawarra man is that why you are working with Merrigong Theatre Company?

PHILPOTT:  It works out well there because Ross Warren, a local man, was one of the victims of the gangs.  Merrigong were very interested and Leland Kean, the director and I grew up together on the Northern Beaches in a surf culture, beach culture … um masculinity … in the 80s so when I talked to Leyland he kinda got it.  In that way it seemed like a natural partnership moving forward.  The Illawarra is just not that far away, it takes longer to drive to some areas of Sydney.

PHILPOTT:  We’ve been working on the text for a while, so we’ve done a lot of workshops but, yeah, the text has been changing on the floor.  Particularly the second act.   It was difficult to get right because, for me, there was a desire to see these people brought to justice and yet … there’s a lot of questions about whether doing that in the theatre is accurate or whether it is necessarily going to be the most satisfying thing.  That in particular took a bit of wrangling but we had locked the script down towards the end of the second rehearsal week.

SAG:  Thanks again for leaving the room, it must be a bit crazy.  Is there anything else you wanted to share with our readers before we let you go back?

PHILPOTT:  Um.  Some people ask me why you would write a play about such horrific material but I think it is very important that our theatre is bearing witness to our times.  And I think that the second act is set in 2017 during the marriage plebiscite is significant because as a dramatist I really wanted to document that time because that is part of our history as well.

We need to be telling those stories.  As much as that material is pretty confronting, it’s also a play that’s an interesting challenge.  Like, how do make a character likeable even though they have done unspeakable things.

SAG: I am fascinated to see it, I have really enjoyed your other work (Silent Disco,(SAG Review) and  The Trouble with Harry (SAG Review).  Best of luck to you and the team.