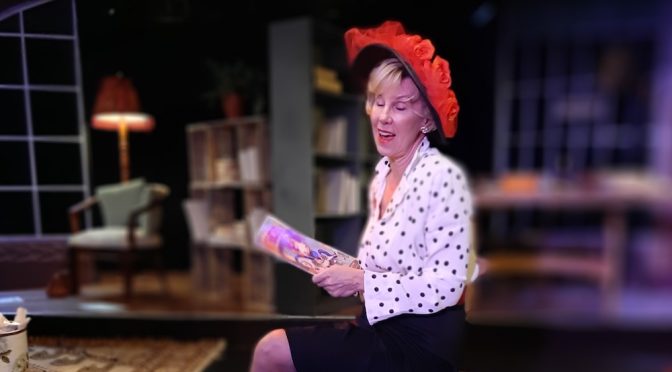 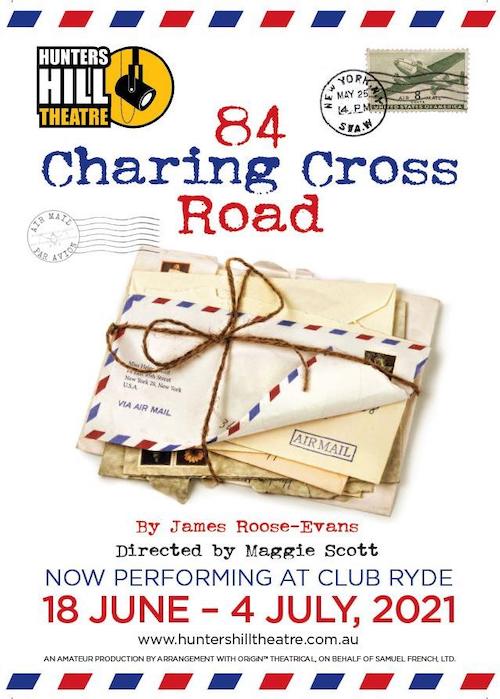 Whilst in search of obscure classics and British literature titles that she had been unable to find  in New York City, Helen Hanff notices an ad in the Saturday Review of Literature. She contacts the  shop, and it falls to Frank Doel to fulfil her requests.

In time, a long-distance friendship develops between the two, with an exchange  of Christmas packages, birthday gifts and food parcels to help with the post-World War II food  shortages in Britain. Their letters included discussions about topics as diverse as the sermons of John  Donne, how to make Yorkshire Pudding, the Brooklyn Dodgers and the coronation of Queen  Elizabeth II.

Hunters Hill Theatre is thrilled to present this heart-warming play at its new venue in Club Ryde, 728  Victoria Road, Ryde. The season commences on June 18th and continues until July 4th, 2021. Performance times are Friday’s & Saturday’s at 7:30pm, and also matinees at 2pm on Saturday’s and Sunday’s.

Hunters Hill Theatre is a community group performing four productions a year. The group was  founded in 1930 as the Hunters Hill Play Reading and Dramatic Club and has been performing in the district continuously ever since.

The theatre is proud to be operating in a new venue at Club Ryde. The intimate 100 seat theatre also  provides patrons with the opportunity to dine before the show.

The group and its productions are staffed entirely by members and volunteers, managed by the committee and is proud to support the Marist Sisters’ Colleges theatre studies programme by including students in several productions a year.