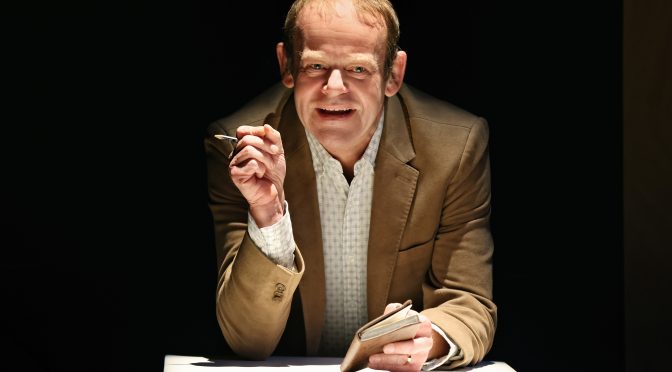 In Australian playwright Joanna Murray-Smith’s HONOUR, Honor and George have been married for 32 years and, as in all good marriages, they have made some compromises along the way.

While George forged his career as a journalist, Honor left a promising career of her own and dived into motherhood with no regrets. Their daughter Sophie is now in her early twenties.

The family world, at least from the outside, looks very settled. There are cracks however that are coming though. George is feeling a little restless, like he has lost some of his spark, his joie de vivre.

Onto the scene comes Claudia, one of George’s students at the University where he teaches. There is an immediate attraction between them; both physically and intellectually. Claudia seduces him and, in the process, rocks the family world to its core.

Murray-Smith has established a long and successful career in playwriting, The play HONOUR, written in 1995, has been her most successful, having received numerous productions, both in Australia and internationally.

It’s main appeal lies in the way that we don’t feel that the playwright is being judgmental and sidelining any of her characters. We feel for all of them, and what they are going through.

Kate Champion has come up with a very fine production. She wins good performances from the quartet of players.

Lucy Bell plays the aggrieved wife Honor, and shows again what a fine dramatic actress she is. Her character is the most tortured of the four.

Honor searches her soul for answers. She sacrificed so much for the man she loved. She had her own burgeoning literary career which she put to one side when she started to raise a family.

With her play Murray-Smith explores that often told story of women giving up their lives for their men and how every rarely does it occur the other way around.

Huw Higginson plays the straying husband George who is well aware that he is choosing the wrong path, a path that is going to lead to a lot of difficulties, but goes down it anyway! Murray-Smith doesn’t paint him so much as the villain of the piece but as a man who is going through a midlife crisis and easily succumbs to temptation.

Poppy Lynch plays their daughter Sophie who is distraught that the father she loves has fallen into the same ‘net’ as so many men. She goes into battle mood to keep her parents’ marriage from falling apart.

Ayeesha Ash plays the other woman, Claudia. She is drawn to George’s energy and intellect, and very clinically targets him as her next conquest.