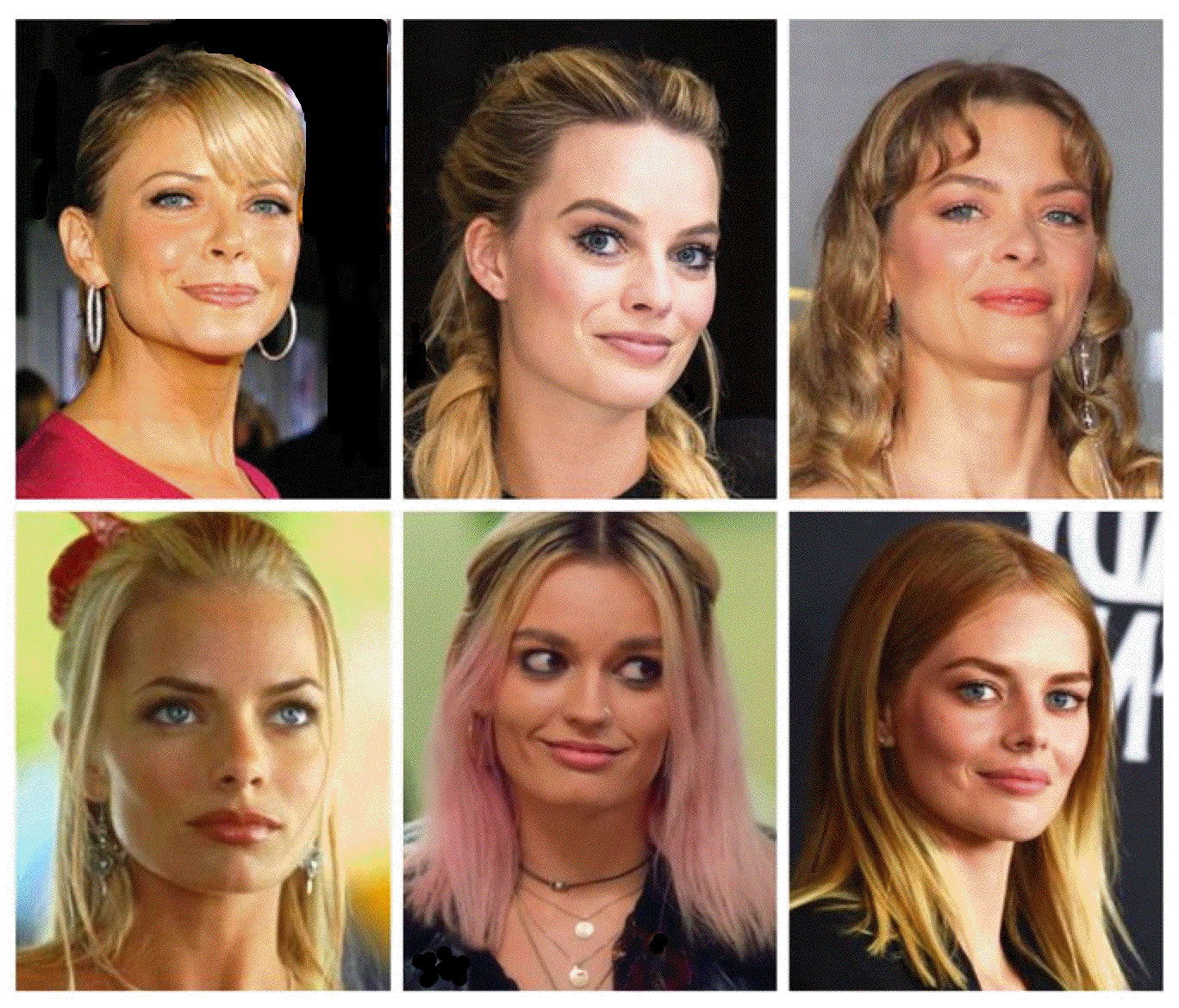 2007 Primetime Emmy Award winning Hollywood actress, the remarkable JAIME PRESSLY with her broad facial shape featuring sharp features together with her strong jawline, and striking bright blue eyes, she has that singularly distinct and unique appearance, and is quickly and easily recognised by all. Of course the camera loves her memorable face, even far more than I thought possible. How could anyone mistake JAIME PRESSLY for anyone else working in Hollywood show business today?

(1) Please remember that there are six celebrity lookalikes, who strikingly look exactly like each other. The original celebrity duo, who do look so very very similar, and so much alike, that their fans remain unable to tell them apart. (2) Oscar-nominated actress currently has twenty-nine movie credits, and starred in The Suicide Squad (2021), and includes these movies – 2013 The Wolf of Wall Street, 2015 Focus, 2015 The Big Short, 2016 Suicide Squad, 2017 I Tonya, 2018 Mary Queen of Scots, 2019 Once Upon a Time… in Hollywood, 2020 Birds of Prey: And the Fantabulous Emancipation of One Harley.

(3) Emmy-award-winning actress who is best known for her role in the long running television sitcom “My Name Is Earl’, and starred in the 1998 Can’t Hardly Wait, 2001 Tomcats, 2001 Not Another Teen Movie, 2009 I Love You Man, 2014 Abby in the Summer. Quite upsetting that many fans have already forgotten that American actress JAIME PRESSLY is the original celebrity, and that Australian actress MARGOT ROBBIE is the younger version.

(5) French-British actress EMMA MACKEY, became much more noticeable as another JAIME PRESSLY look-alike when she dyed her hair to blonde, to appear in Sex Education for NETFLIX, starring in the main role of Maeve Wiley. She also stars in the 2020 The Winter Lake, 2021 Eiffel, 2022 Death on the Nile.

(8) YES there are six different actresses, and viewed from left to right, the six images are of FAITH FORD, MARGOT ROBBIE, JAIME KING then JAIME PRESSLY, EMMA MACKEY, SAMARA WEAVING.