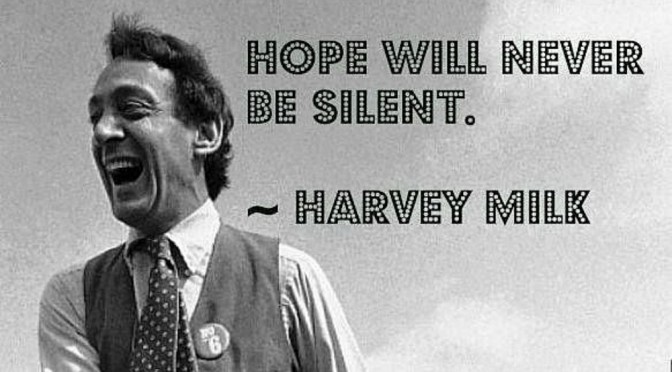 Sydney opera lovers  are in for a genuine treat this Saturday night when Left Bauer Productions and the Sydney Gay and Lesbian Choir (SGLC) present a concert performance of Stewart Wallace and Michael Korie’s ground breaking opera, Harvey Milk.

The Harvey Milk story is a sad and disturbing one. In January 1978 Harvey Milk, a 47 year old camera salesman made history in San Francisco by becoming the first openly gay  man to be elected to public office in America. Ten months later, having secured the city’s first gay rights ordinance, Milk was shot and killed by fellow City Supervisor, Dan White.

The concert will feature excerpts from  the Opera performed by five of Australia’s finest music theatre and operatic talents backed by a chorus of fifty members from the SGLC.

SGLC Music Director Sarah Penicka-Smith told the Guide, “Harvey Milk has all the right ingredients for classic opera. Passion, political intrigue, love and sexuality, and a hero prepared to give up his life for his beliefs.

“SGLC is thrilled to be tackling the demanding chorus work and to set the backdrop for the story of one of the twentieth century’s gay icons. This opera will remind you how much things have changed and also how much things still need to change.”

Cameron Lukey is helming the production with Sarah Penicka-Smith conducting the choir.  The musicians featured are accompanist Chris Cartner is the accompanist and Louis Sharpe on percussion.

Sydney Arts Guide has  four double passes to give away to the performance. Be one of the first the contact- editor.sydneyartsguide@gmail.com