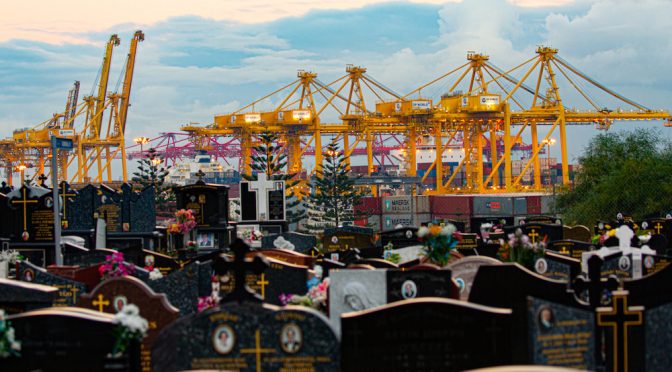 Hal Epstein is a retired chemical engineer and Whale Watching entrepreneur. He  was the first operator offering whale watching tours out of Sydney way back in 1995. He is also what we now call ‘a creative’. He’s not just a photographer. He has philosophy behind his snaps. Loving the visual wonders of Sydney, he began photographing our city’s two seasons, deconstruction and reconstruction.

Hal says ‘The idea is to document the interaction of cranes with the surrounding natural environment both active and passive. Are cranes a blight on the natural landscape or a vision of the wonder of science and electro- mechanical engineering intricately woven into the backdrop of everyday activities of a city?”

Through a lens both close up and telephoto, much is revealed in Hal’s photos that would normally be missed by the naked eye. The meccano and Lego sets of old come to reality.

“Sydney itself has a history of crane innovations with the establishment of the Favelle Mort Company in Alexandria where the ‘Kangaroo’ crane was conceived. These cranes were used to build the US World Twin Trade towers in 1966. Although now under Malaysian ownership Favelle cranes amongst many others can be spotted all around town.”

Hal definitely knows cranes. Below are some of his photos of the Botany cemetery juxtaposed with cranes! Enjoy. Stay tuned for another set of Hal’s scenes about town in a future edition of Sydney Arts Guide. 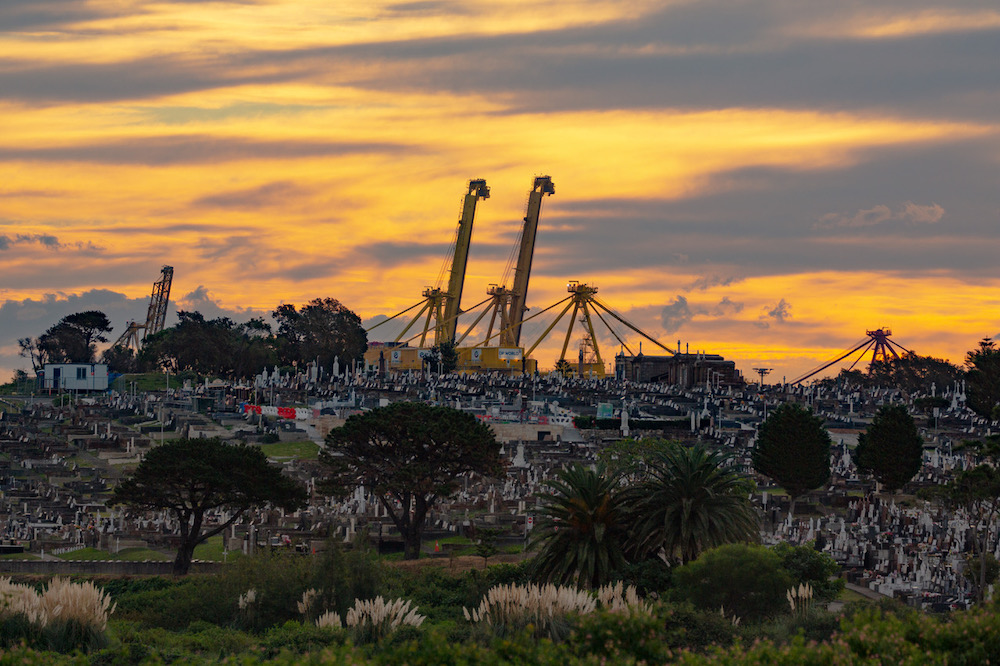 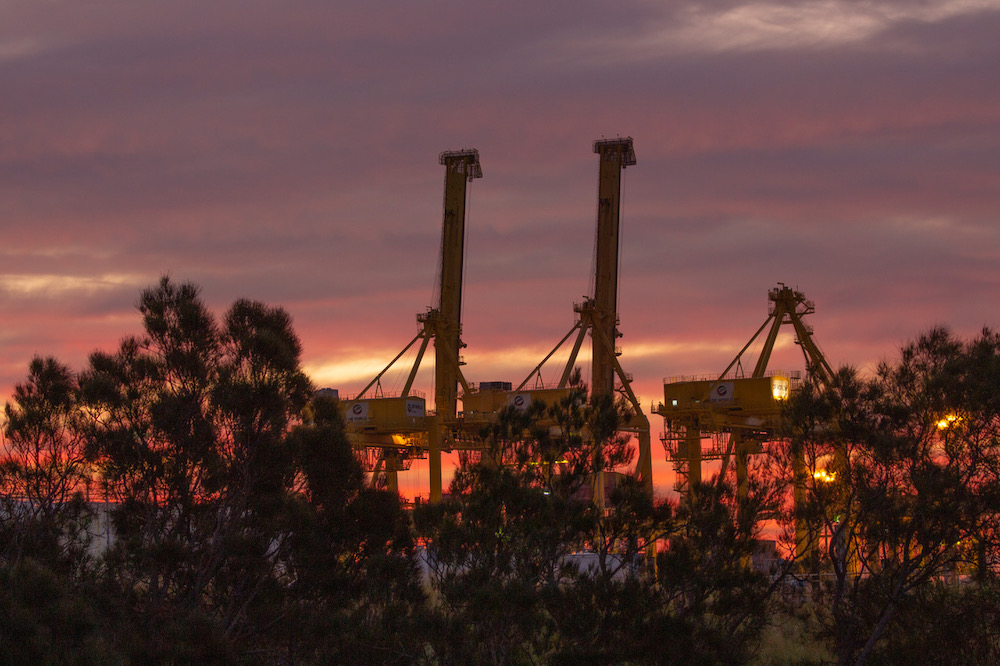 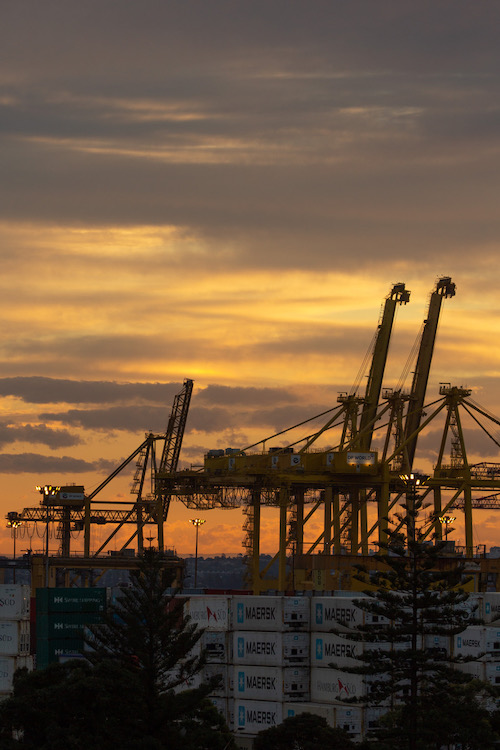