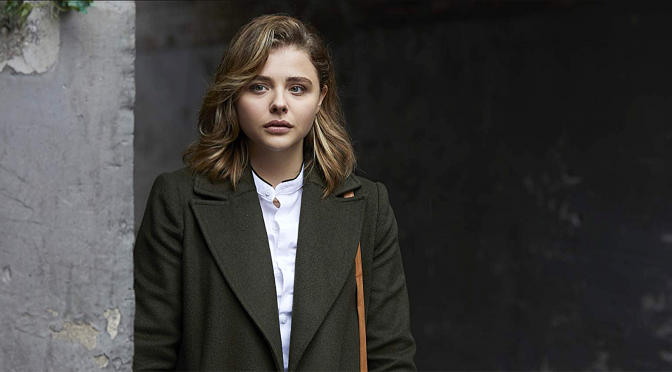 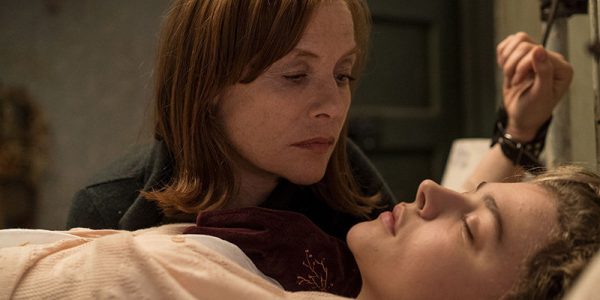 A kind of reverse Hansel and Gretel comes into play in GRETA, a competent and elegant B grade stalker pick from Neil Jordan.

Instead of the youngsters leaving breadcrumbs, it’s the witch who leaves an equivalent – in this case a handbag left on a subway train- that leads the innocent to her door.

Frances is a young woman relocated to Manhattan from Boston after the death of her mother and estrangement from her father. She shares a Tribeca loft with a school chum, Erica, and works as a waitress at a swishy restaurant.

When Frances finds a handbag on her work commute, she determines to do the right thing and return it to its owner. She tracks down the address, a quaint little cottage tucked away in a nook of New York.

There she meets Greta, a widowed French piano teacher, widowed and with a daughter who is now living overseas. Each seems to fill a void in the other’s life and so a friendship develops, but soon it is clear that all is not what it seems with Greta, who goes from exotic to toxic, from haute cuisine to chewing gum.

The inverse fairy tale is not new ground for director Neil Jordan, who came to fame with The Company of Wolves, an adaptation of Angela Carter’s take on Little Red Riding Hood, and with GRETA he tills the fertile soil of fairy tale trope in modern day setting with skill and economy.

GRETA is greatly buoyed by two excellent lead performances. Isabelle Huppert plays Greta with an internal combustion hysteria that fires on all cylinders before backfiring in exhaustive insanity. Her dance macabre is a pirouette of fleet footed madness.

Chloe Grace Moretz as Frances is fearless and frightened and everything in between, her on screen empathy radiating into the audience to vicarious effect.

Terrific support is given by Maika Monroe as Frances’ flatmate, Erica, and there’s a solid cameo from erstwhile Jordan alumni, Stephen Rea, as a rumpled gumshoe.

Elegantly shot by Seamus McGarvey, GRETA may not be great, but its appealing stars make for entertaining viewing.