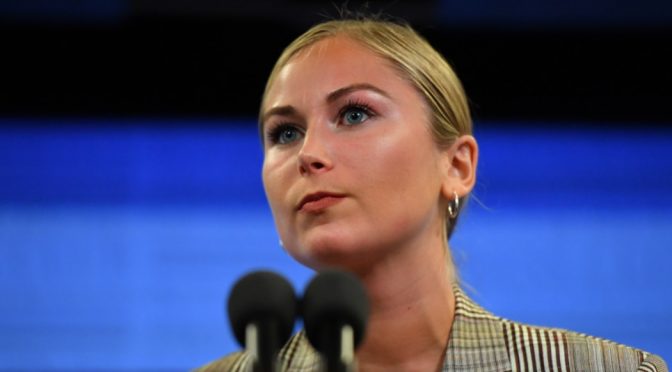 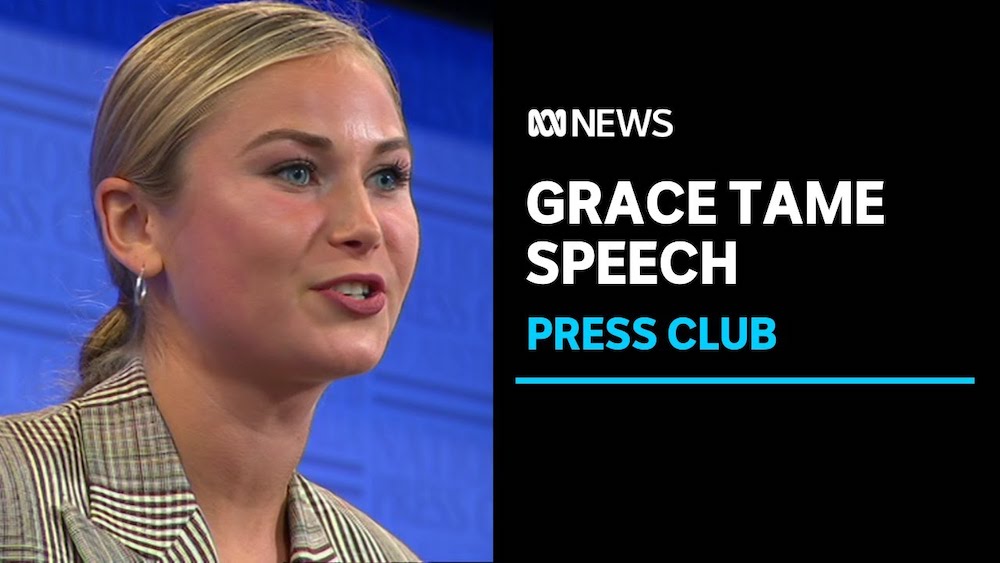 It is simply not possible to finish the week without making reference to Grace Tame’s appearance at the National Press Club Of Australia in Canberra last Wednesday afternoon.

Tame was invited to talk at the Press Club after being named 2021 Australian of the Year on 25 January 2021. A child sex abuse survivor she was awarded the prestigious honour for her advocacy work in the area. Tame worked alongside her friend and journalist Nina Fennell campaigned to repeal the clause in the legislation in her home state of Tasmania which stated that a child sex abuse survivor has to remain anonymous and is not allowed to talk after a court has decided on the case.  The campaigned was titled simply ‘Let her speak’. Their campaign was successful, and the clause has been repealed.

It has since been revealed in the papers that it was Tame’s speech that gave Liberal staffer Brittney Higgins the courage to come out in  the press to say that she had been raped in 2019 by a fellow staffer in Defence Minister Linda Reynold’s office. Since Higgins revelation there has been insistent pressure on the Morrison Government to address the abhorrent culture that exists within the Canberra Bubble.

Tame has revealed that on the back of her hand she has a small tattoo. The ink reads ‘EAT MY FEAR’. This saying helps her when she is feeling engulfed by what she has had to contend with.

Her quotation reminds me of my favourite quotation about courage, by the late American aviator Eddie Rickenbacher, “Courage is doing what you are afraid to do. There is no courage without fear”.

Like was the case with her winner’s speech, Tame’s speech to the National Press Club on Wednesday 3rd March was full of eloquence, gut wrenching candour and fire.

Here are a few observations.

Emma McDonald, Associate Editor of ‘Her Canberra’ and Convenor of ‘Women in Media Canberra’ was the elegant facilitator and introduced Tame to the podium saying that the address could be considered as the National Press Club’s contribution to International Women’s Day which falls today.

Through Tame’s speech the camera would sometimes give a wide shot and show McDonald in the picture. I observed that McDonald looked increasingly uncomfortable  on stage as she listened to Tame’s harrowing account.

After Tame finished her speech, she received a standing ovation.

Just how right her parents were, to name her Grace!

McDonald took over the microphone, her voice trembling a little.  She then opened up the floor to questions.

Which brings me to when SBS journalist Naveen Razik stood up and asked Tame to reflect on Prime Minister Scott Morrison saying that he had talked to his wife Jenny, and she had told him to think of how he would have felt if his daughter had been in the position of Brttany Higgins.

I could see Tame’s face boiling over. Her reply was short and swift.

“You don’t need to be a parent to have a conscience”.

This drew a collective gasp from the audience.

Tame had summed up, in one line, what we all had been thinking.

And reflecting on. How could our leader, the Prime Minister of our country, say something so disingenuous, and so lacking in intelligence.

This is exactly what is happening.

Inspired by Rachelle Miller, who spoke out on the Four Corners program ‘The Canberra Bubble’, Grace Tame and Brittany Higgins, academic Janine Hendry has started the grassroots movement #March4Justice.

On the 15th March Hendry is leading a protest to be staged at Parliament House which will deliver a petition to the Government calling for action against gendered violence. Many, many women are expected to join the march with satellite marches set to take place around Australian capital cities.

The times they are, indeed, a-changing.