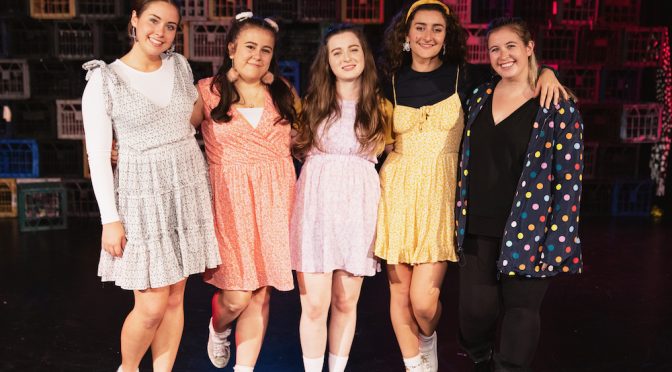 This ensemble show has much to recommend it.

It was pleasing to see such a collaborative style, which featured each of the four cast members – Kaylee Ashton, Alex Gonzalez, Kobi Taylor-Forder and Antonia Korn – respectively and in nice company synchronised moments. All cast members were given a platform to demonstrate their skills, and after they had warmed to the task on opening night each of them, virtually equally, rose to the task. It is a compliment to playwright Gita Bizard, along with director Carly Fisher, to evolve a work that is so democratic in allocation of dialogue and the stage. All performers lead, in a moody, ambient show about violence against women, set in a future dysfunctional state, that provides a rich seam of polished monologues, precisely paced dialogue, and emotional range and depth as material for satisfying dramatic acting. I particularly liked Kobi Taylor-Forder: but to be fair each performer took turns as lead, and each was commanding.

The work used an abstract, almost absurdist genre. The director’s notes refer to “dark comedy”, but that term might not be entirely applicable given the sense of menace achieved in elaborately sequenced language, action, the lighting of Mark Bell and sound design of Georgia Condon. Regardless, the style was not realistic, and alluded more than referred to its context and meaning. It was nice that the playwright did this: it signalled a maturity of expression in the writing of emerging artist Gita Bizard that should continue to deliver strong works.

On the other hand, the same style that alerted the ear can confuse the mind. If one had not read in a passing program note that the piece was about refugees, an average audience might miss the point or be confused. Having this key, there were certainly locks to open: references to bombings and random shootings made sense as part of shared memory of the characters, as did a fence of stacked milk crates and shadows in the set (James Burchett).

However the cast were dressed in clean, bright western girlish clothes, and for much of the time a theme of violence against women seemed to dominate, a theme highlighted in the director’s notes (“The Shadow Pandemic”). If the characters are living in an apocalyptic doomsday of the genders, that feeds on the distilled violence of contemporary refugees, surely costumes and makeup could be reconsidered?

What redemption was offered by the virtual suicide of the ending? The futurist trajectory permits that fable, but if this is to do with a refugee camp, which it seems to be, there comes a point where a more realist or documentary style is needed to depict events that already have their own authentic and intractable tragedy.

Nevertheless, the show did intrigue and arrest its audiences. It shows considerable promise and ambition in its writer, but more than one audience member might have been left with a few unanswered questions by its end.