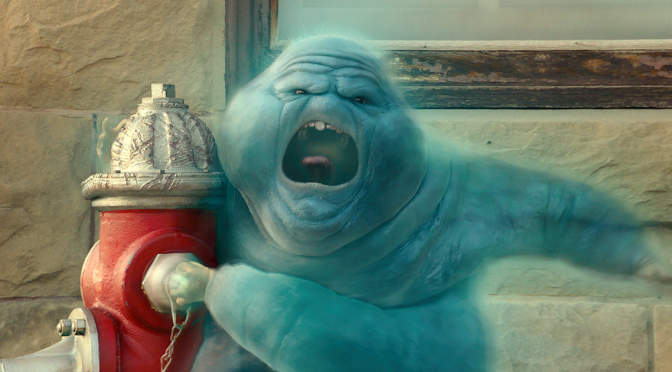 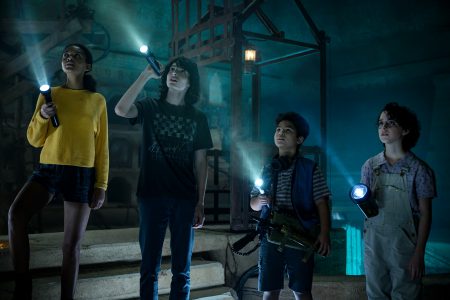 I was in some doubt as the end credits crawled on GHOSTBUSTERS AFTERLIFE, whether I should surrender to rage or compromise or boredom.

A promising fast and furious beginning reminiscent of The Goonies, Gremlins and the original Ghostbusters, peters out mid way through and dashes the hope that GHOSTBUSTERS: AFTERLIFE will satisfy the need for nostalgia.

A sort of enraged disappointment possessed my soul.

Carrie Coon and Paul Rudd work hard as the cynical and laconic grownups counterpointing the optimistic kids but the creatures are straight out of Central Casting, creaky rather than creepy, dumbing down the intellectual property to imbecilic proportion, and a saccharine sentimentality that acts like strychnine to the story.

The Marshmallow Monsters are there to warm the cockles of our nostalgia zone but the outcome is much more like mush wallowers and the evil female fetishist fiend unfurled from the depths of hell is weird not wonderful.Indeed, there’s the sulphuric whiff of supernatural sex trafficking.

Coon plays the daughter of Egon Spengler, played by co-creator of the original Ghostbusters, Harold Ramis. Obviously, he was too preoccupied combating ectoplasm to be an affecting papa. Anyhoo, she, accompanied by her daughter and son, is coming to the last place he called home to claim her inheritance.

Her daughter, who never met her grandfather, inherited some of Egon’s natural scientific ability and before you can say slime me, she is onto his discovery that the district in which they live is the gateway to Armageddon.

A hologram of Harold Ramis appers alongside old buddies Dan Ackroyd, Bill Murray and Ernie Hudson in a sloppy, saccharine end sequence but what purpose does it serve?

Same question applies for the completely fatuous, superfluous and flatulent end credit scene with Sigourney Weaver and Bill Murray. No good will come from not leaving well enough alone.

Proof that there is no afterlife, or not one worth living, GHOSTBUSTERS: AFTERLIFE is worse than disappointing. It’s dull.