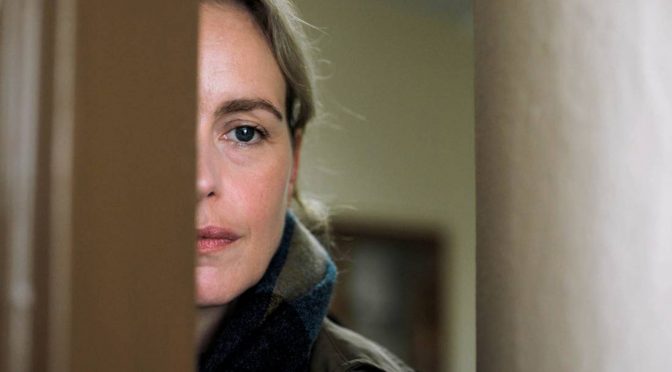 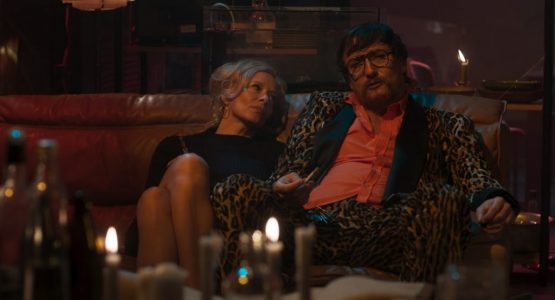 Presented by Palace, the German Film Festival’s full 2021 programme has been revealed, which boasts a spectacular selection of 30 films, the best and latest in German cinema, a number of which are screening for the first time outside Germany.

The Festival, in collaboration with German Films, opens with the eagerly anticipated feature debut of actor Daniel Brühl (Good Bye Lenin!), who directs and stars in NEXT DOOR (Nebenan) fresh from its world premiere at the Berlinale. In this darkly comic skewering of celebrity and privilege, Brühl plays a famous actor whose day gets completely railroaded by a stranger with ulterior motives.

The multi award-winning Closing Night film, BERLIN ALEXANDERPLATZ is a slick new adaptation of Alfred Döblin’s influential 1929 novel of the same name and follows an undocumented immigrant from West Africa on a dark odyssey through Berlin.

Berlin Alexanderplatz was previously adapted by filmmaker Rainer Werner Fassbinder, and Fassbinder is the focus of this year’s Festival spotlight with a glorious 4K restoration of LOLA for its 40th anniversary. Lola follows a seductive cabaret singer in her outrageous quest to elevate herself in a world where everything-and everyone-is for sale. The film will feature special introductions at selected sessions throughout the Festival. 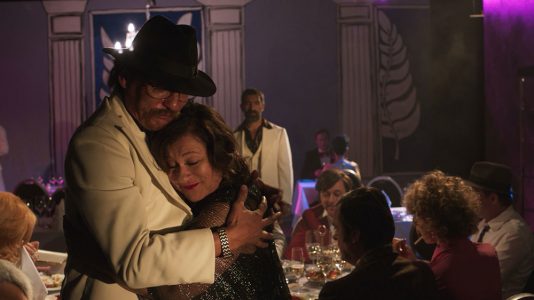 Plus the Cannes Film Festival selected ENFANT TERRIBLE, a provocative and uncompromising biopic that looks at the intense short life and excesses of the iconic New German Cinema auteur, featuring a brilliant performance from Oliver Masucci as Fassbinder.

The city of Berlin features prominently in this year’s festival. Documentary BERLIN BOUNCER tells the story of Berlin – from a divided city to the party metropolis of today – through the eyes of its most legendary doormen. Stars Berghain bouncer Sven Marquardt.

THE KANGAROO CHRONICLES (Die Känguru-Chroniken) is a hilarious adaptation of the bestselling book series by Marc-Uwe Kling and revolves around a mediocre musician and a communist Kangaroo who must team up to fight a right-wing politician. Directed by Dani Levy.

Sandra Hüller (Toni Erdmann) stars in EXILE (Exil) where cultural and psychological tensions, claustrophobically observed in the workplace and at home, come to a head in Visar Morina’s enthralling thriller about one man’s identity crisis as a foreigner in Germany.

FREE COUNTRY (Freies Land) is set in a recently reunified Germany as two detectives investigate the disappearance of teen sisters in a remote town, where it seems like everyone has something to hide.

Family relationships are at the fore in GOD, YOU’RE SUCH A PRICK (Gott, du kannst ein Arsch sein).

16-year-old Steffi who has been diagnosed with cancer decides to enjoy the time she has left by embarking on a road-trip while her parents (played by Heike Makatsch and Til Schweiger) chase her. Charming comedy GRANDPARENTING 101 (Enkel für Anfänger) stars Heiner Lauterbach, Barbara Sukowa and Maren Kroymann as grandparents for hire who plunge their lives into chaos to escape their monotonous retirement. Lauterbach also stars in IT’S FOR YOUR OWN GOOD (Es ist zu deinem Besten) alongside Jürgen Vogel and Hilmi Sözer in this feel-good comedy as three fathers who make a pact to save their daughters from their boyfriends.

A beguiling fusion of modern romance and futurism, Maria Schrader’s romantic comedy I’M YOUR MAN (Ich bin dein Mensch) questions what it means to be human, as a scientist agrees to live with a humanoid robot in an extraordinary experiment. Maren Eggert’s performance as scientist Alma earned her the Silver Bear Award at the Berlinale this year. Also stars Dan Stevens (Downton Abbey).

Told without dialogue but full of poetry, THE BRA (Vom Lokführer, der die Liebe suchte) is an unconventional Cinderella story set in scenic Azerbaijan where a lovable train driver stumbles upon not a crystal slipper but a blue bra.

In THE PERFECT SECRET (Das perfekte Geheimnis), an evening amongst friends escalates when all phones are put on the table at dinner and secrets cannot be hidden in this biting German box office hit featuring a unique all-star ensemble.

Based on a bestselling novel, epistolary cyber romance THE SPACE BETWEEN THE LINES (Gut gegen Nordwind) is a thoughtful look at the nature of human relationships, starring Nora Tschirner and Alexander Fehling.

Thrilling drama THE COLLINI CASE (Der Fall Collini) stars Elyas M’Barek as a young defence lawyer who unearths a vast conspiracy while investigating a brutal murder case. M’Barek also stars opposite Palina Rojinski in NIGHTLIFE, which follows one man’s romantic encounter with the woman of his dreams that turns into a crazy chase through the Berlin night in this wild comedy.

Austrian cinema also features with OSKAR & LILLI. WHERE NO ONE KNOWS US (Ein bisschen bleiben wir noch), a timely bittersweet odyssey about the many ways of perceiving the world in order to survive. Two Chechen refugee children – separated from their mother – try to avert their looming fate of deportation from Austria with poetic and unusual means.

Music is also at the heart of THE AUDITION (Das Vorspiel). A meticulously arranged visual concerto from acclaimed German actor-director Ina Weisse, this gripping drama stars Nina Hoss as a woman trapped in the pursuit of success. Each session will be followed by a pre-recorded Q&A with star Nina Hoss. 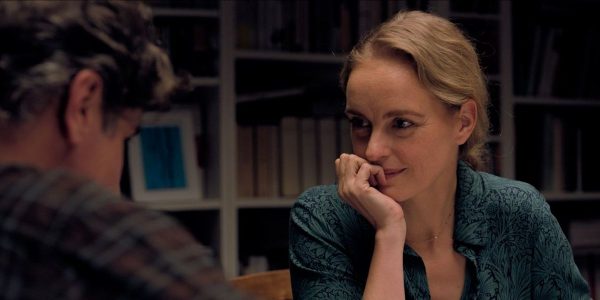 Also screening: ELECTRIC GIRL, a high energy blend of animation and psychological study in which a slam poet begins to embody the Japanese anime superheroine that she voices. While in HOW I TAUGHT MYSELF TO BE A CHILD (Wie ich lernte, bei mir selbst Kind zu sein) the youngest son of an old Austrian dynasty of confectionery millionaires discovers the power of love, humour and his own extraordinary ability to shape his realities in conservative 1950s Vienna.

The Goethe-Institut presents the popular sidebar “Kino for Kids”, films especially curated for children and teens. This year’s programme includes:

A VOLUNTARY YEAR (Das freiwillige Jahr) – A domestic coming-of-age story, a father and daughter fight over travel plans as recent high-school graduate Jette is about to head to Central America for a year of volunteering.

DEAR MR. FÜHRER (Das Glaszimmer) – After fleeing Munich with his mother shortly before the end of the war, Felix befriends the son of a loyal National Socialist in this war drama about growing up and fitting in.

MADISON: A FAST FRIENDSHIP (Madison) – When the cycling-obsessed 13-year-old Madison has to unwillingly swap her racing bike for a mountain bike in the Alps, things go haywire in this sporting adventure.

MAX AND THE WILD BUNCH (Max und die wilde 7) – When nine-year-old Max moves to a senior residence with his mother, he is caught up in an exciting investigation, together with the three nursing home residents of Table No. 7.

THE PEPPERCORNS AND THE SECRET OF THE DEEP SEA (Die Pfefferkörner und der Schatz der Tiefsee) – An exciting adventure with a strong environmental message, five young sleuths become embroiled in an eco-conspiracy in their search for a missing oceanographer.

TOO FAR AWAY (Zu weit weg) – At his new school, an 11-year-old boy bonds over soccer with another newcomer, a 12-year-old Syrian refugee in this sensitive drama of competition and friendship.

Tickets are now on sale at www.germanfilmfestival.com.au

The German Film Festival will take place nationally from 25 May to 20 June in Sydney, Melbourne, Adelaide, Perth, Canberra, Brisbane and Byron Bay.