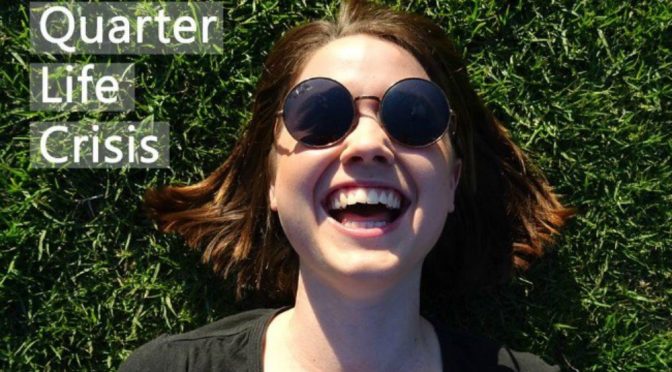 What’s the right stuff for a small theatre company to succeed in such a crowded Sydney performance scene? Drive, nous, commitment and a unique take on what will strike a chord with audiences? The General Public Theatre Company seems to have all of this. They have shows on and on the go. They post with a strong social media presence to a loyal and growing following who have contributed to their Pozible campaign. They have been together long enough… since 2014. Solid so far. But more important to my appreciation of their outsider’s take, they are women. Young, unique and creative women. Queensland women. One of them is an alumnus of my own Townsville Alma Mater. Being an, albeit transplanted, creative Queenslander myself I took some cockroaches with me to see what we thought of their Double Bill last night EUROPE WON’T FIX YOU is a humorous take on that great rite of passage, the OS trip. Alternate reality smacks straight into actual reality and the cast of 5 interchangeable mid-twenty year olds have some decidedly disturbing experiences. A nasty Paris ‘canard’ moment, a cleansing German hostel encounter and an anti-stodge veggie craving with all kinds of not going to happen.

The cast work beautifully as an ensemble and the material is really well written. It’s festival fare so variety and vignette style changes are a requirement. We get to know the protagonists who are highly relatable and interesting through a series of tightly directed individual or group scenes. The show includes some excellent mimetic sequences, some not really meant to be good singing but the highlight is a terrific little segment in a disco which displays drunken, drugged dancing until dawn. They work well together to pace the dialogue and physical comedy around the laughs. Especially around some of slow burn gags.

There are lots of those also in the one –woman offering QUARTER LIFE CRISIS which was the second show of the evening. There is a joke in there about Vitamin B. It took me a few seconds to connect the dots then I was vibrating with a way too late guffaw!

A neat little birthday package, this show is a ‘Friday in the Life’ of Steph, an office worker with a less than enthusiastic attitude to her job on the eve of her 25th. She’s a bit confused by the societal expectations which are colliding with life as she lives it. Living healthy, having a career, saving money are not realities in Stephworld and she looks to an audience sounding board to put her life in perspective.

Courtney Ammenhauser (writer and performer) has an elastic way of showing the issues Steph deals with. Her face imparts the emotions in the same way a novelist might pen the inner processes of each small death to Steph’s socialisation. Alt/Tab as the highlight of a career, a less than happy boss and an obscurely too familiar Barista boy. Well-paced, she doesn’t rush our understanding of the character and there are some physically lively yet quietly appreciating moments. I really enjoyed her silent reflection over the stupidity of Utilities and her drunk dick on the dance floor moves.

I even forgave her the slight teacher bashing, which, given that their bios reflect an ability to educate, was surprising. But I can forgive creative female canetoads most things. My southern friends also had a rollicking good time and we all wish them luck as they migrate to the Adelaide for the Festival. Good stuff!

General Public Theatre Company’s fundraising event performed for just one evening at the PACT centre for emerging artists in Erskineville.