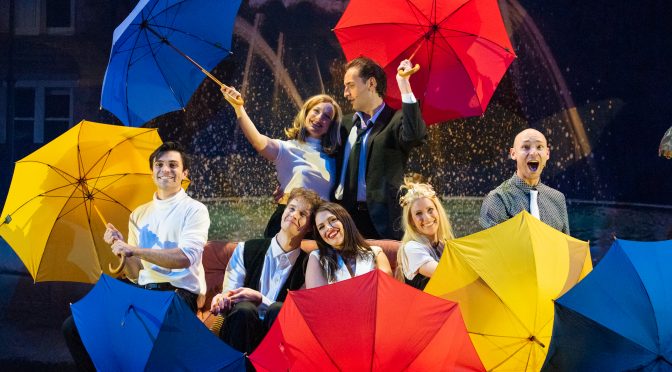 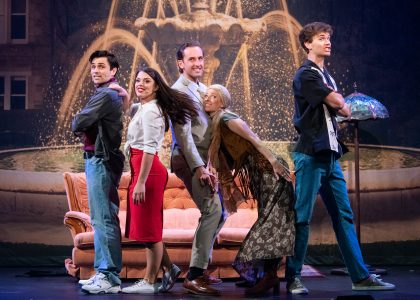 The hilarious New York and Las Vegas hit FRIENDS ! THE MUSICAL PARODY comes to Sydney this week as part of its Australian tour, playing at Riverside Theatres, Paramatta from Friday 10 June until Saturday 18 June.

The stellar cast who are playing these much-loved and iconic roles are acclaimed musical theatre performer Annie Chiswell (Shrek, Mamma Mia!) as Monica, Belinda Jenkin (50 Shades! The Musical Parody, Top Gun the Musical) is in the role of Phoebe, and Eleanor Macintyre (The Hello Girl, Sweet Charity) as Rachel. WAPPA graduate Maverick Newman (The King and I, Spring Awakening) plays Chandler, Conor Putland (Once On This Island, Dogfight) is Joey, and Tyran Stig (The Drowsy Chaperone, Little Shop of Horrors) makes his professional debut in the role of Ross. Dom Hennequin (Violet, The 25th Annual Putnam County Spelling Bee) plays Gunther, while Callum O’Malley (The Wind in the Willows) and Lucinda Wilson (Grease) are the swings.

“We couldn’t be more thrilled with this incredibly talented cast who are bringing our favourite friends to life on stage,” said producer Sam Klingner.

Join your six favourite friends at their favourite café for a night of unstoppable laughs with a new musical that lovingly lampoons the beloved NBC sitcom. Friends! The Musical Parody celebrates the misadventures of our favourite group of 20-something pals as they navigate the pitfalls of work, life and love in 1990s Manhattan.

It’s a seemingly typical day in New York coffee shop, Central Perk, until an unexpected runaway bride enters the picture and kicks the whole gang out of second gear!

Follow Ross, Rachel, Chandler, Monica, Joey and Phoebe as they navigate life and friendship, all the while reliving favourite moments from the smash hit TV show. The show plucks the best moments from the show’s decade long run and recreates the moments through an uncensored, fast-paced, music-filled romp.

FRIENDS ! THE MUSICAL PARODY  is directed by Dash Kruck, with choreography by Cameron Mitchell, set and costume design by Frances Hannaway, lighting design by Jason Glenwright and musical direction by Steven Kreamer.

This show will not only keep you laughing but will tug at the heart strings drawing audiences into stories we know and love.

Sydney Arts Guide has two double passes to give away to the performance of FRIENDS ! THE MUSICAL PARODY on Tuesday 14 June at 7.30pm at the Riverside Theatres Parramatta. Email editor.sydneyartsguide@gmail.com with FRIENDS PROMOTION in the subject heading and in the body of your email say which of the Friends characters did you like the most. The two winners will be advised by email.