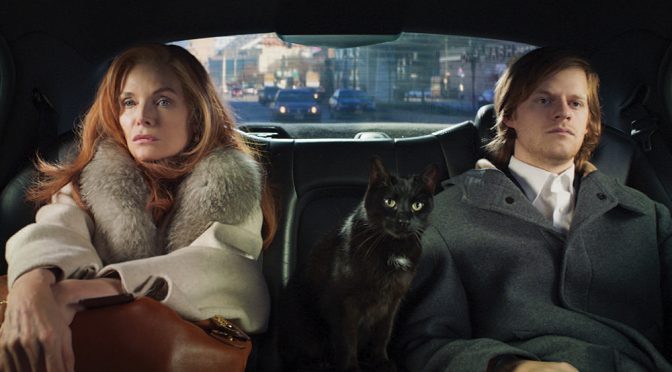 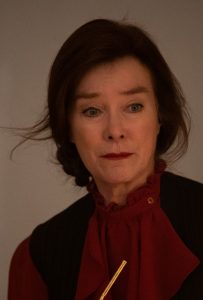 Think Auntie Mame out of Edward St Aubyn’s Melrose saga, Patrick deWitt’s FRENCH EXIT is the kind of book that sparks envy in other writers, procurement by motion picture producers, and competition from actors hoping to play these characters and wrap their mouths around the glorious dialogue.

Well, the producer’s have procured, and the competition has been won, and I’m happy to say FRENCH EXIT makes its entrance as a film in a pretty faithful adaptation of the book, thanks largely to the author supplying the screenplay.

The lead role of Frances, the once wealthy widow who flees New York for Paris with her directionless son, Malcolm, has been won by Michelle Pfeiffer and what a winning performance she gives as the arch matriarch, impossibly glamorous and imperious with the gravitational pull of a black hole. She has precision machined a marvellous and memorable woman in Frances, an elegiac and elegant eccentric that electrifies every scene she inhabits.

The wild, eccentric socialite could be a cliché, but in De Witt’s witty wordplay and Pfeiffer’s droll delivery, it is made irresistibly fresh and tantalising. And besides, as Frances herself says in conversation, “Yes, my life is riddled by clichés, but do you know what a cliché is? It’s a story so fine and thrilling that it’s grown old in its hopeful retelling. People tell it. Not so many live it.”

As much as it is Pfeiffer’s film, scene stealing stealth comes in the form of Valerie Mahaffey as Madame Reynard, the expat Paris-cile who ruefully says, “Do you ever feel that adulthood was thrust upon you at too young an age and that you are still essentially a child mimicking the behaviours of the adults all around you in hopes they won’t discover the meagre contents of your heart?”

Mahaffey’s performance is that magical alchemy of the fey and the profound and so utterly, utterly funny.

Directed by Azazel Jacobs, there is a brutal wit at play in FRENCH EXIT, packaged in a madcap spree, haunting and hilarious, complete with, arguably, the most sincere, surreal and splendidly spirited séance in literature – a séance on a wet nosed after-life.