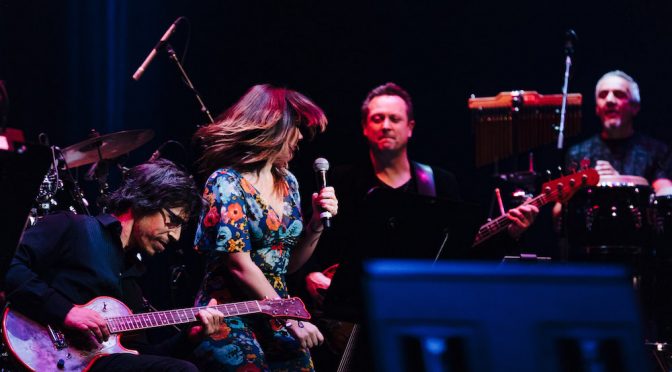 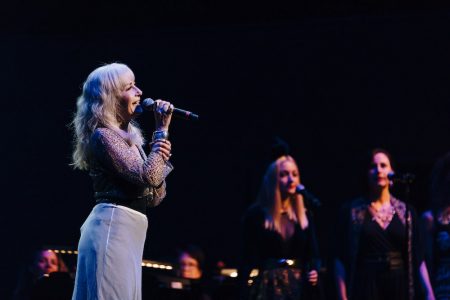 This August five of Australia’s most outstanding voices will come together for a celebration of the music of Joni Mitchell.  Both Sides Now – Celebrating the Songs of Joni Mitchell will see Katie Noonan, Ella Hooper, Wendy Matthews, Melinda Schneider and Kristin Berardi, backed by an exceptional 12 piece band, performing some of the most iconic songs of our generation.

“Joni Mitchell sounds like no other. Her song writing is unmatched. Her integrity is luminous. Her songs still make me cry…” – Katie Noonan

Singer, songwriter, painter, poet, activist and voice of a generation, Joni Mitchell is an essential part of the soundtrack to the twentieth-century. She grew up with folk music in the 60s, she railed against injustice in the 70s, she put feelings into song in the 80s and reinvented herself in the 90s. Joni Mitchell continues to gather accolades, including nine Grammy awards, entry to the Rock and Roll Hall of Fame and Canada’s highest civilian honour, the Companion of the Order of Canada. Meanwhile, the depth and imagination of this heart-on-sleeve songwriter has continued to inspire artists as diverse as Prince, Madonna, James Taylor, Herbie Hancock and Bjork.

“Growing up in Canada, my parents were young people of the 60’s and Joni Mitchell was a huge presence in our household … she influenced my musical tastes greatly. She is a poet, seer and a pure of heart artist for what is now many generations.” – Wendy Matthews

Audiences can look forward to the five artists performing a collection of Joni’s songs which influenced them as women, as songwriters and as performers.  The concerts will include all the unforgettable songs – Big Yellow Taxi, Both Sides Now and Blue; Woodstock, Circle Game, A Case Of You – songs that have become part of our lives.

For ticketing and further details go to: www.bothsidesnowlive.com