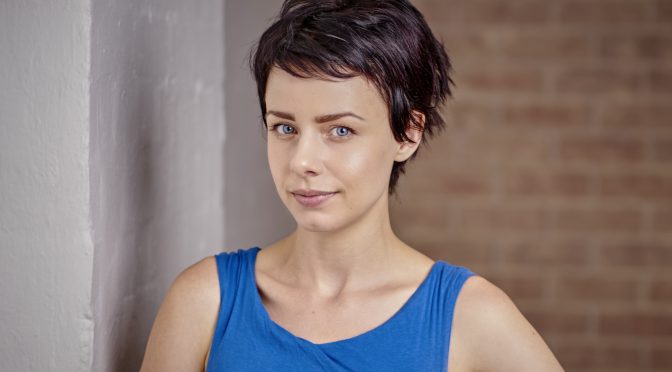 FESTIVAL FATALE 2018 from WITS will return to the Eternity Playhouse on Saturday 27th October following a hugely successful inaugural festival in 2016.  We had the opportunity to speak to festival General Manager and Producer, Tara Clark.

SAG:      Thank you for making time to speak to our readers in such a busy lead-up to the festival. Perhaps you could tell us about WITS, ‘Women In Theatre and Screen’.
TARA:    Absolutely. So WITS was formed in 2016 specifically at the time in response to a lack of gender parity in Australian theatre but also in screen.

And it was formed by a collective of women working in the industry in different areas: actors, union representatives etc.   I don’t know if you remember 2016, but the Darlinghurst Theatre season announcement, to say it had a lack of female presence, is an understatement really.  I think out of all their writers, directors they curated one woman playwright and zero woman directors.

That’s really the catalyst for WITS.  And since then, Darlinghurst Theatre Co, they really have shown tremendous leadership in the industry. They heard the message and they implemented their gender parity policy that year and have achieved gender parity in the programming ever since. And they have also partnered with WITS.

SAG:      And this WITS’ FESTIVAL FATALE is based there.
TARA:    That’s correct. So they support us by giving us the venue for the day, the absolutely exquisite Eternity playhouse which we couldn’t afford any other way. Without them we couldn’t do it really, they’re fantastic.

SAG:      And the Artistic Director, Lizzie Schbesta, has a created a program of five plays all on the same day, Saturday 27th October?
TARA:    So we’ve curated the programme using a fantastic assessment panel made of women working in different parts of the industry: playwrights, actors, theatre-makers, reviewers. So they shortlisted and shortlisted again and shortlisted again.  There are five pieces, two brand-new Australian plays which will be presented as a moved reading and three productions.

SAG:  How do you attract potential contributors to the festival?
TARA:    Primarily our audience, we reach them through social media and direct marketing. And primarily it’s through the activity that we engaging through Instagram and Facebook. I’m a practising actor/producer myself and that’s where a lot of us go to network.  Two of the productions we have this year are coming from interstate.  One is from Victoria and the other from Western Australia and we were only able to find this fantastic projects because of social media because that can traverse the country.

So we put the call out a couple of months back and we had a fantastic response from women artists. So many different projects from emerging artists to established artists, really experimental works to precise, polished works as well.  Due to, primarily, I believe, from social media. But there is also women talking to women which is fantastic. So if someone hears about a project they share it with friends and colleagues, it’s not possessive as it can get in the arts because there are so few opportunities. There’s a real sisterhood and the reach was great and it really was a difficult process in making the selection.  And that’s why we had to engage a panel and such a diverse panel as well.

Because as much as you are looking at practical criteria, you also have to accept that there’s an element of taste that’s going to influence people’s decision making.  So each project was read multiple times by different panellist, each project was read at least three times before the shortlist was made. So the time we got down to the last ten or so everyone was across them.

SAG:      Looking at the program which are the new plays?
TARA:    They are all relatively new plays but the very new ones are:

Jelbu Meri  from Papua New Guinean performer, Wendy Mocke, and Indigenous performer, Phoebe Grainer.  They describe it as storytelling between two black women.  And it’s lyrical, it’s beautiful, it’s gorgeous and I can’t wait to hear it read.
And the next is a fantastic comedy Nana and Bertah by Monikka Eliahby a Western Sydney playwright.  She is based in Fairfield , she is Assyrian-Australian, she came here as a child as a refugee.  It’s really, really funny and she’s created a great story.

So those are the two new plays which are going to be done as moved readings and the other three done as full productions.

SAG:      That must present some challenges in fully  realising three productions in a short period of time.
TARA:    Yeah absolutely. And because only get the venue for the day we don’t have bump or tech or dress. We don’t have a production week but our fantastic Production Manager Michelle Bauer from Left Bauer Productions is going to work with each act on the day to bump, tech and dress them on the go. Once an audience clears out from one project, the next group is going to go in and get ready.  Basically turn the show over quite quickly. It’s a big day but Michelle is a Wonder Woman and they achieved it flawlessly in 2016 so I’m not even worried about it.

SAG:      So do you think that things have changed since 2016?
TARA:    Yes they definitely have with come along way, but there is still a very long way to go.  Statistics for women working in the industry are pretty bad, but for diversity it’s worse.  And I think there’s a lot to be done and not just for women but for women of different intersections as well.  Obviously we want more women on our stages, we want more directors, we want more women writing but not just cisgender Anglo-Saxon women.  We want women from all ethnic backgrounds and stages in their career: different abilities, different practices, different disciplines but I do think we’ve come along way!

And me being a practising artist in the industry when I talk to my male colleagues, they are right there in the trenches with us but looking at the statistics…  DTT have achieved gender parity, Griffin have achieved parity as have other theatre companies.  I’ve definitely seen an improvement in their curating of women writers and women directors but there is one company that I won’t mention, which is averaging about 16%.  Which is not great but we are definitely moving forward.

SAG:      But looking through your program, and in the light of #timesup and #metoo, it’s not an angry program?
TARA:    ( Laughs ) Well no, we’re not angry women.  The thing about the festival is, it’s a celebration. We are putting women artists, women’s stories in the spotlight.  That’s what we want to do. That’s what FESTIVAL FATALE is really … celebratory, might be a bit tongue-in-cheek in places.  As an organisation we have our forums when we talk about big issues, where we argue about big issues, quotas for example, but the festival is really about celebration.

SAG:      Wow.  That’s interesting.
TARA:    The one thing I would say, and I’ve been saying this, in forums, to anyone who would listen. Patrons often ask me what can we do, what can we do to support the cause, and what I like to say to them is … let’s just exert influence at the box office. You know … let’s purchase our tickets to projects that represent parity and diversity, and not to the ones that don’t.

As women we are the ticket buying public particularly in theatre, not so much in screen, but particular in theatre. So when we are looking at plays and thinking what will I buy, to what will I go … let’s not pick a show that has an all white male cast.  Let’s pick a show that has a diverse cast and creative crew behind it. Because eventually someone’s gonna have to listen to it if we can demonstrate that those shows are the ones that people want to see, someone will listen.

SAG:      A sell out season of FESTIVAL FATALE would be a great start! Thanks so much for your times and best wishes for a huge success.

FESTIVAL FATALE brought to you by WITS [Facebook] is on at Eternity Playhouse October 27.