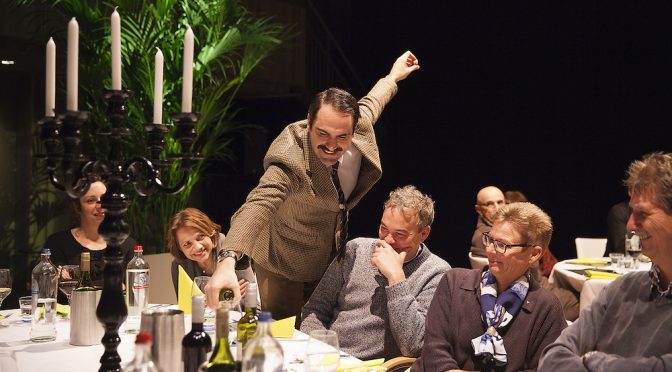 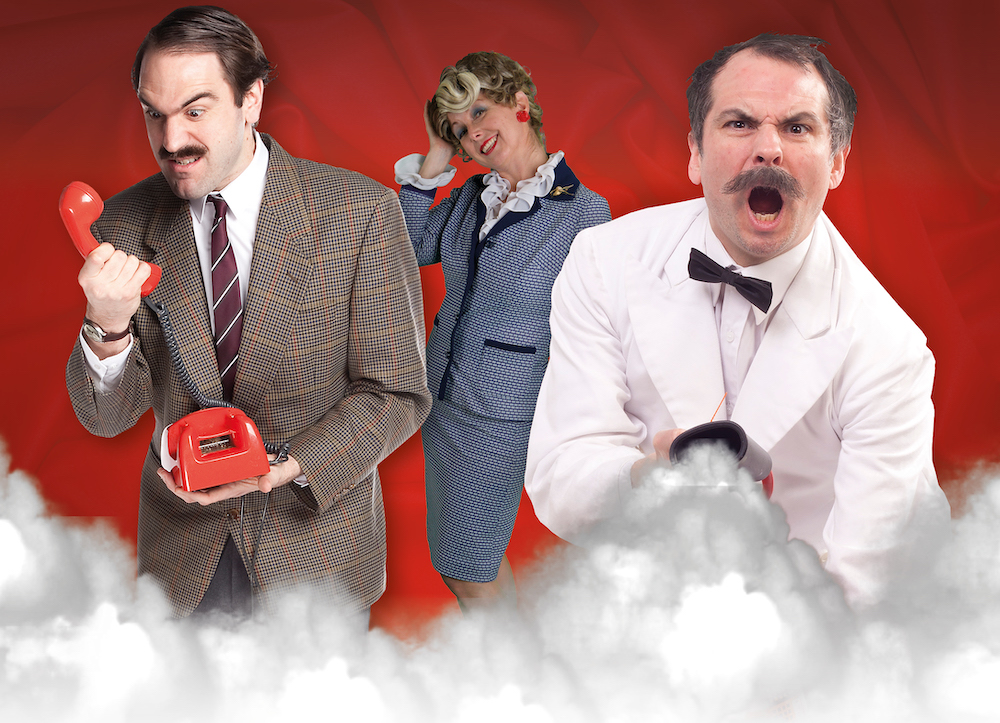 I think that it is fair enough to say that almost everyone loved the BBC television show Fawlty Towers, written by John Cleese and Connie Booth, and broadcast between 1975 and 1979. It was such a fabulous, easily relatable show, performed to comic precision by John Cleese, Connie Booth, Prunella Scales and Andrew Sachs.

I haven’t been able to source the name of the person(s) who wrote the script to this tribute show, ‘Faulty Towers The Dining Experience’.(Note the different spelling). I can ascertain that the show was written in April 1997 and has well and truly had ‘legs’.  As well as being performed widely in Australia it has been playing in London’s West End since 2012, prior to Covid intervening. Actors have come and gone over the time with over thirty actors having played parts in the show.

The way the show works is clever. The setting has changed from a hotel to a restaurant. Basil, Sybil and Manual (the role of the maid Polly has been cut) do their shtick between each other and with the diners.

Basil might occasionally serve a drink but mostly waitstaff carry out the duties.

When it was announced that there would be a series of performances of the show at the Sydney Opera House, the season booked out quickly.

I went to the Saturday matinee performance. There was a bit of a buzz amongst the audience waiting to go in. Who was there to greet us at the theatre turned restaurant? None other than Basil, Sybil and Manuel!

Sybil ushered us to our seats. Tables were set up either side with the actors traversing the middle section.

We ordered our first drinks. We were soon chatting and found out that the other people on our table were part of the one family, an elderly couple from the country, and their son and daughter. They had come together to enjoy some time with these wonderful characters.

The show began in earnest. The fun started straight away. A table had been set up that wasn’t needed. A set up, of-course.  Basil ordered Manuel to quickly get rid of the table which Manuel did, in the most fumbling way possible.

What ensued was two hours of fast paced entertainment. There was the classic  scene where Manuel disappeared into the kitchen, closely followed by the sound of a large number of plates crashing down.

There were the interactions with diners, where they stored material which they used to great comic effect later in the show.

Most of the classic Fawlty scripts were covered, including the famous rat sequence.

The show ended just before desert came out. Jack Newell as Basil, Monique Lewis Reynolds  as Sybil and Anthony Sottile as Manuel came out to take their well deserved bows to very warm applause.

The desert was delicious, with some welcome coffee afterwards.

People started leaving. A middle aged guy joined us at our table, wanting to chat. He told us that he was a bit of a show groupie and he that he catches the show at different times during the year.

It’s easy to see why the show is so well liked.  It is a simply irresistible package. We get the shtick coming from Basil, Sybil and Manuel. We received a lovely three course meal. We got to chat away with the other folk at your table, and maybe make some new friends. And that this particular show was at the Sydney Opera House, that  was the veritable icing on the cake. The Utzon Room is such a lovely space with its spectacular view of the harbour, where one can glance at the yachts and boats gliding past.

We had a great time.

There are opportunities to catch this show as it moves around the country during the year. For Sydneysiders sorry, the venue won’t be the Sydney Opera House again but it is still upmarket. The show will come back in May at the Castlereagh Boutique Hotel, 169 Castlereagh Street, Sydney.

Performances, Covid-19 withstanding, are set to take place at this venue on the 15th May, 25th September and 4th December, 2021.