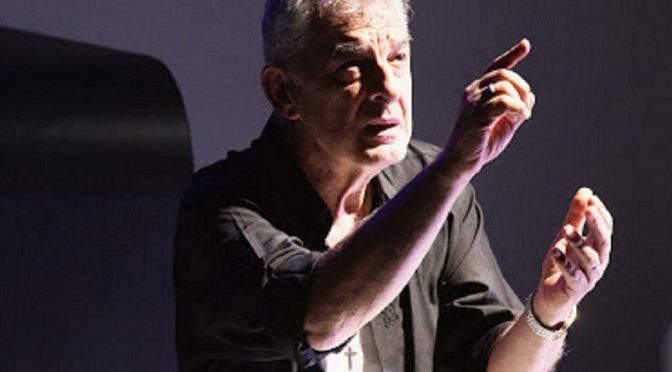 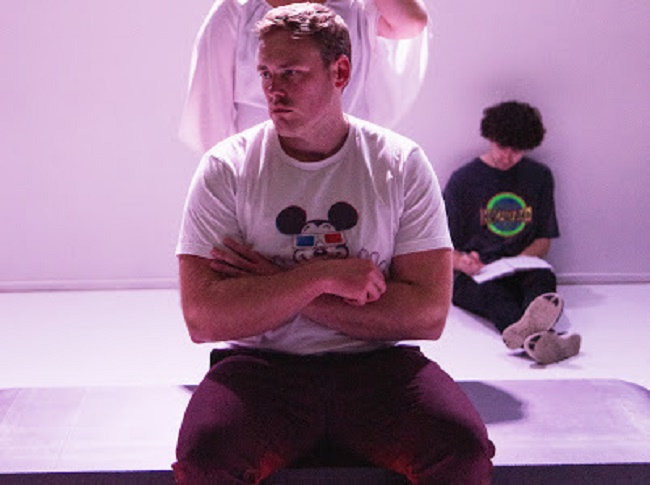 This is a slick, sophisticated piece of rapid-fire theatre. It demonstrates the effect that keen observation, evolution through sincere workshopping and perfectly cast talent has on the development of a new play. Xavier Coy’s play has ten characters share their fractured stories and interact in a network of assorted pain  across no less than 73 focussed snapshots.

The ten cast members assembled excellently rise to the challenge  of dealing with the portrayal of familiar yet difficult scenes of family, work, dating, pressure, anxiety, addiction and pending change or death.

Timing and clarity is key in such delivery and is impressive in the performances on offer. As in our modern life at times, there is no time to warm up, sink into exposition or explanation. Here we feel alongside the characters.

In this somrthing of a Snapchat for the aching soul the characters in each thread emerge from stage blackout at times only for an instant then disappear until they next present the restless status quo. 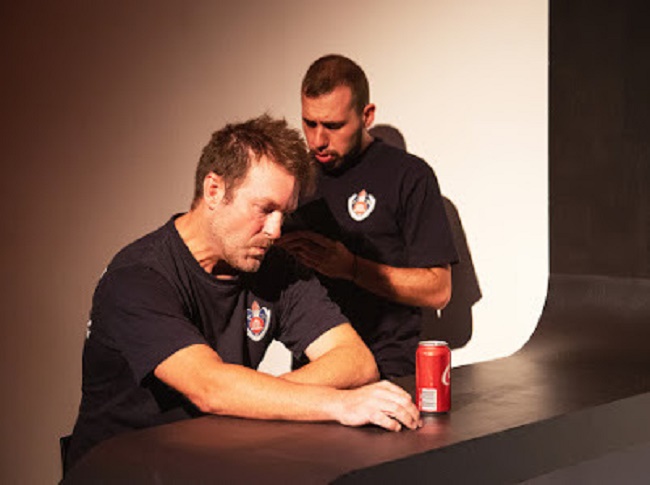 Hamish Elliot’s stage design effectively packages Richard Hilliar’s virtuosically directed shifts between ten narrative contours. A black line descends from the top of one side of the white set, through a table/bar/counter/bench/ sofa across the floor and finally snaking on the other side of the stage/city/ house/ambition/ circumstance, turning into a work desk/cafe table/dining table/work tea room and more.

This wayward arrow supports the twists, turns and search for comfort being so lucidly flashed before us. In every human’s trajectory, our level of success in dealing with reaction and circumstance takes us on quite a ride across landscape both inside and outside our heads.

The movement of cast across the set, and the fragmentary nature of their aspiring  destination points is tiny tranche de vie slivers  shows how we often share or hide hurts quickly in and back out of the spotlight, possibly scared of stigma or harsh criticism. 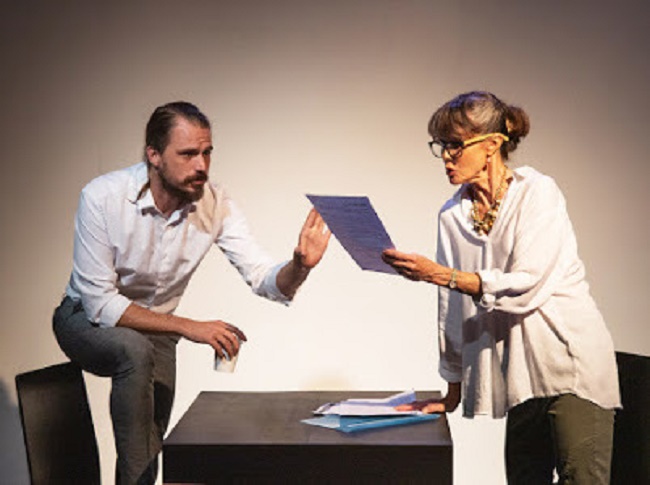 We enter the theatre with the cast posed around us in their various states of self. The opening scene borrows from traditional talk therapy attempts to make sense of the sufferer and bring their distortions back to the safe, acceptable or appropriate level of anguish which simmers in the general community.

This  chilling yet entertaining  therapy format that repeats at intervals throughout the play. Xavier Coy’s damaged character dealing with trauma/past violence/unspecifed disorder sits fidgeting and answering questions from a quartet of other cast. These come in varied svelte succession as harsh and larger than life counsellors coaching in garish Greek Chorus mode, talking at his back across the back of the stage. 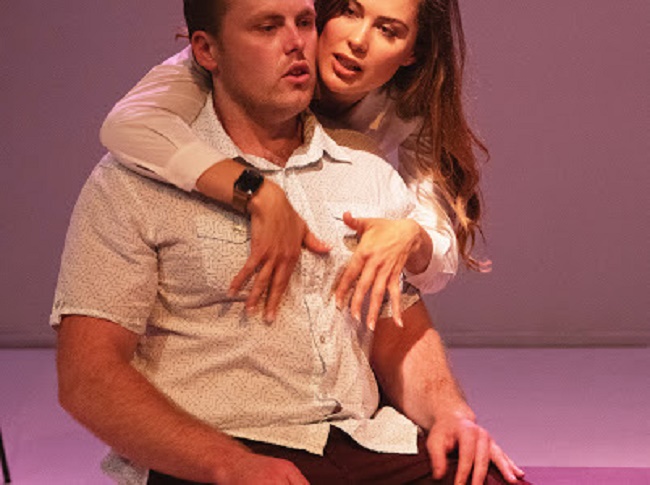 The ensemble cast beautifully and believably show the chemistry between family, friends, Facebook aquaintances, lovers and lost souls looking to escape. It sizzles with familiarity and concise dialogue with accesible shades of tragicomedy.

Young love and life choices for an aspiring writer and pregnant girlfriend are explored with great domestic tension and in front of gaming, the TV or computer by Poppy Lynch and Jack Walton, as is work mateship and survival of work and personal stress  by David Woodland and David Arvithis.

Sheree Zellner and Lex Marinos share the horrors of divorce, diagnosis and the addiction to vice as well as to trying to be stong going it alone, Their savage physical and emotional slide in successive snapshot is heartwrenchingly brilliant. 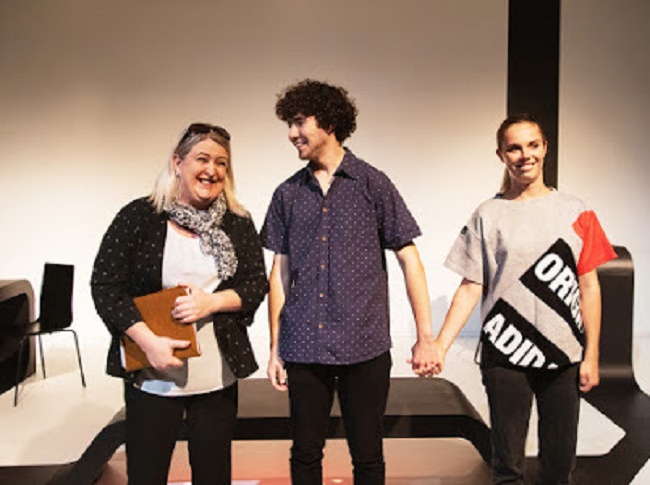 Kate Rutherford and Tristan McKinnon give sobering snippets, often in moments of powerful non-speech as siblings sticking together. McKinnon nails assorted other characters where needed, The extremely watchable Emma Louise shines as the second-dateless, dream-jobless girl, missing her parents and dealing with slightly missing the mark when adulting herself.

Distorted deals withproblems we know so well. We can find them difficult to watch or live through without breaks in our families and communities. The sequence of scenes here works seamlessly, gathering momentum as it goes. The resultling steam-train directness inspires us to have hope, perhaps to work one step at a time, and to interact with out network.

The steps taken to  develop Xavier Coy’s powerhouse play to this its current healthy production level are clearly in evidence when we are drawn into the energy and humanity of this inspiring play.