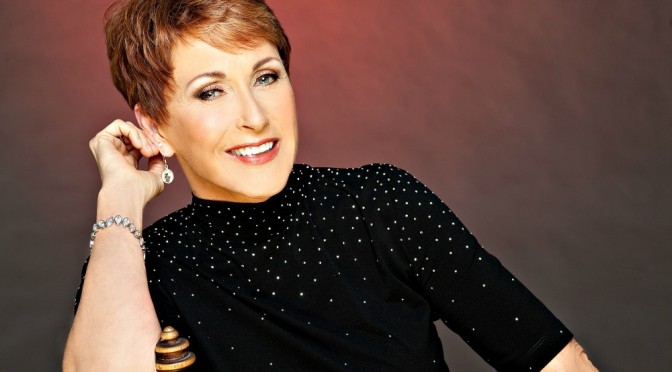 LET’S FALL IN LOVE was cabaret in a concert hall, namely Sydney’s versatile City Recital Hall. The prowess of visiting creatives and communicators Amanda McBroom and Michele Brourman was assured to make local audiences fall in love with what was heard in any environment.

A delicious smorgasbord was set before us of original songs and musical sweethearts from various popular music songbooks. All the charm, wit and desire in the lyrics from Cole Porter’s title track for the evening were reflected across the program.

Michele Brourman provided sympathetic, fluid accompaniments and some exciting jazz-inspired solos, such as those in Baltimore Oriole. This fresh arrangement was coloured with finely nuanced piano detail, with hauntingly delivered lyrics by McBroom.

The rendering of Old Black Magic with restrained tempo and darkened delivery was spellbinding. Also effectively interspersed with the original songs was Johnny Mathis’ 12th of Never, sung with gentle and believable innocence. It was as touching as the spoken prom night vignette which preceded it.

Amanda McBroom is a storyteller who manoeuvres powerful subtleties to convey volumes. This concert-hall cabaret had a good balance between spoken and sung explanations. Thankfully at no time were the spoken interludes in danger of exceeding the length of an average song. Tales of meeting legends such as Hoagy Carmichael and Dorothy Fields were explored in detail with character voices but were well-timed and brief. Getting to the music was a welcome focus.

Michele Brourman’s intimate performance of My Favourite Year, depicting first love, followed her singer-songwriter’s frank spoken remarks on the creative process. Enjoyable too was Amanda McBroom’s prefacing of her original works or those co-written with Brourman. At this cabaret event the luxury of composer’s insight replaced the often-heard chunks of chronological narrative on a theme. Discussion and introductions based on the next song instead worked well.

Comedy changed the mood more than once with songs satirising promiscuous politicians or body image. Relevant backgrounds were offered for the achingly serious songs about surviving hardship. These topics were gifted exquisite poetry and effective musical structures. They were concise sketches of characters like aged showgirl Mary McClaren in Wheels, a fireman’s widow in Yarnell Hill or Amanda’s own father in Errol Flynn.

Amanda McBroom sang with elegant clarity, but this was elegance with an edge, as the various natures of love in each story demanded. Her range was a chameleon, from rich low velvet to delicately selected timbres when higher. Masterful control over diction, intonation and gesture made McBroom’s musical conversations engaging, slick and penetrating.

McBroom’s rendition of her original song The Rose stirred a great range of sensations in many souls. Many in the Angel Place Level One rose or planted their feet in ovation. The crowd’s garden of thanks for experiencing this night’s messages about love and life grew healthily.