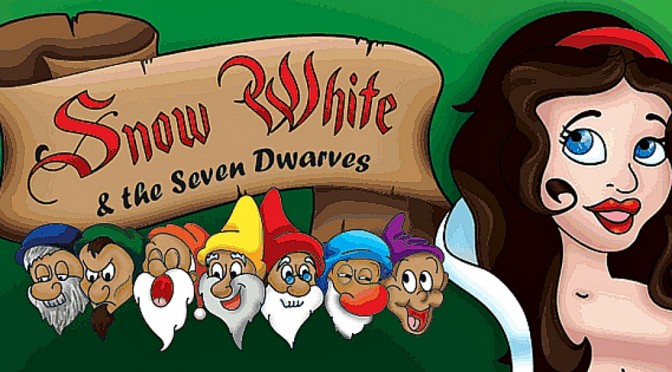 When you’re a teacher, child noise is like those many Inuit words for ‘snow’. Instinctively, there is recognition of the massive scale of nuanced meaning to the noise. For any theatre person, reacting to audiences is the same discriminatory process. This afternoon I spent a wonderful three hours in the most delightful manifestation of audience and child response. Pure enjoyment.

Dural Musical Society’s (DMS) SNOW WHITE AND THE SEVEN DWARVES is simply delightful. For me, the parents and grandparents around me and especially for the little ones, it was the best of what community theatre can be. Energetic, well-rehearsed, happy … and friendly from the moment you meet the Box Office staff on the way in. The ushers could give the big city venues a lesson in how to help patrons. Their compassion and helpful attitude for parents with strollers, the elderly and excitable fairy princesses gives that rare, elusive atmosphere of being in a community that cares.

The show is put together with enjoyment and excitement in mind. It’s the traditional story with added pantomime flair. Queen Caligula (the adults got that bit) is threatened by the beauty of Snow White (all the little girls in the audience got that) and so dispatches her two henchmen to dispatch her rival. Dirty work afoot in the forest. Our heroine is saved by the Dwarves, then by the Prince … twice. Actually it might have been a Fairy-in-training (Chelsea Widdicombe) trying to earn her wings under the mentor-ship of an older, wiser fairy (Judy Clarke) who saved her the second time.

Snow White (Natasha Markham) is pretty and smiley and loving and gets a gasp from the crowd when she first appears. She is loved from afar by Danny Dumpling, the castle roustabout (Laith Tucci) who is handsome and engaging. In true panto style, the Prince is played by an ingénue, Josephine Pawlicka, who is charming in that princely way. In fact all the Ensemble players are present, prepared and with huge smiles and obvious relish in their performances.

As the incompetent murderers, Brian Chapman and Max Hearn-Sarchfield) do so much with their roles. They are more spoken at than speaking but they grimace and twist with a lovely rapport and strong physicality. The other damned good baddie is Adam Garden as Black Wing who plays the wise cracking sidekick with an open stance and strong voice.

Danny’s Mother is Dame Dolly Dumpling and here’s where the panto really kicks in. She is a stately ship in uncharted waters barely avoiding the rocks and played by Eddie Bruce she steers the story home. And he obviously has a rollicking good time. The Pantomime Dame is a powerful stereotype and the tradition is rich. Bruce is still settling into that role I think, but his broad characterisation, witty responses to the crowd and ability to improvise are a delight to watch and judiciously directed to not slip into ham. It’s nice for me to see a lost art treated with the irreverence it deserves!

And the crowd gets involved all right. Cries of “He’s behind you” and “Don’t open the door” are chorused from the crowd. Me and the other oldies included. But the biggest audience noise is for Lisa Musgrave as the evil Queen. We are given permission, yea encouragement, to boo. And we do as Mulgrave hilariously encourages the sentiment. Her performance is wonderful in an ensemble of great work. She is often still, just using her facial expression to convey a gamut of emotions from contempt to bewilderment with just a comic eyebrow arch or droll head tilt.

There is so much to enjoy in this show. The costumes (Jenny O’Neil/Costume Corner) range from regal to funny and seem easy to work in. They often get a ooohs when revealed and the animals are a highlight. The skilled band of six musicians under the tight direction of Musical Director Kate Gandy is not too loud or intrusive and creates a nice ambience before the show. The set is clever and will get easier to use as the season progresses. Some of the changes in the second half were a bit clunky and long and I would have appreciated some more upbeat or peppy music as a cover. Mind you all the kids had hit the candy bar pretty hard by then and were a tough crowd until they settled.

Co-directors Julian Floriano and Laura Murdocca know their audience and have made some clever decisions to be sure to keep the kids attention. Not too many songs, kids get restless. Dances (choreographed by Stephanie Quaglia) that the little ones can imitate in the aisles, even a baby mosh pit towards the end. Lots of breaking the fourth wall and audience interaction.

And crucially, their choice to showcase the younger members of the DMS family. The children who are the Seven Dwarves are certainly one of the strong reasons to support this highly enjoyable production. There are 2 teams who are sharing the roles and it is impossible to watch them without a big grin.

Like these junior actors, SNOW WHITE AND THE SEVEN DWARVES is lots of fun in a small neat production.