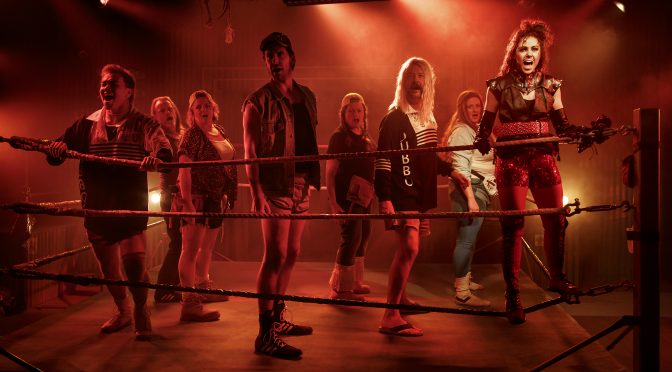 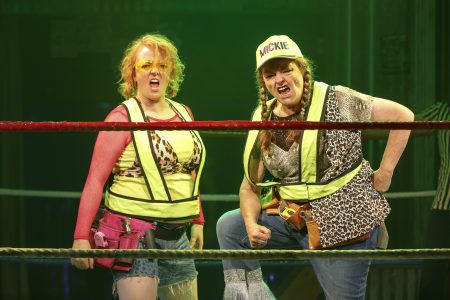 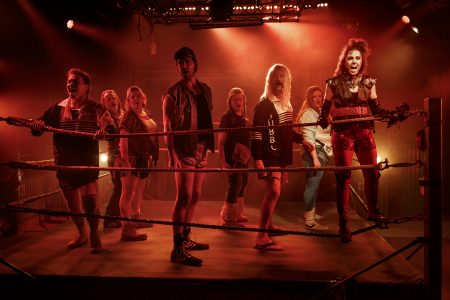 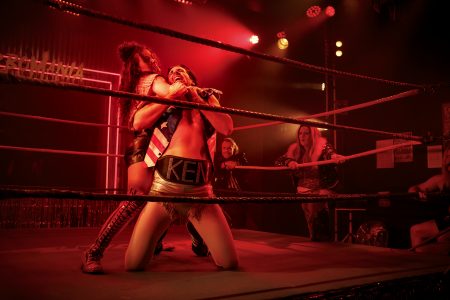 A flying mare of a solid gold Australian rock musical, DUBBO CHAMPIONSHIP WRESTLING whips your blues into the turn buckle, puts your woes on the ropes, and pins all your cares to the mat.

Rose, a young girl who grew up in Dubbo with wrestling in her blood, long ago turned her back on the family business, the Dubbo Dome and Dubbo’s stifling small town ways and moved to Sydney. But circumstances lead to her returning to her hometown on the eve of Dubbomaina, the biggest wrestling tournament of the year, and Rose is drawn into a monumental battle of family tradition, ambition, sedition and masked retribution.

No sleeper holds here as a rocking score by Daniel and James Cullen with book brimming with larrikin lyrics by Daniel Cullen is matched with jinks high and low, as every cast member becomes a lord of the ring.

Zoe Iannou leads the charge as Rose, a rocket charged performance torched by explosive vocals sent soaring while getting a firm grip on the grapple of wrestling gymnastics.

Rose’s warring parents, Des and Cheryl are splendidly played by Terry Serio and Bishanyia Vincent, he with bravado and optimism, her with brassy, bare knuckled opportunism, something of a bawd of the ring.

Justin Smith as Ozzy, with long blond hair and Hulk Hogan moustache, is great as a beer guzzling bogan Gorgeous George type, while Aaron Tsindos ratchets up the absurd and ridiculous as effete American grappler, Ten out of Ten Ken.

Talking ten out of ten, a one hundred per cent treat is the tag team of the tradie ladies, Mickie and Trish, played by Genevieve Lemon and Noni McMallum. Sharp and salty of tongue and straight shooting speech and song, they complete this irreverent troupe of tacklers with hammer blows of hilarity.

A kick arse band, a knockout set, and punchy sound and lighting effects pile on the kudos for this production, pitched perfectly by director Sheridan Harbridge.

DUBBO CHAMPIONSHIP WRESTLING is a genuine stand up and cheer entertainment. Fuck Orange.