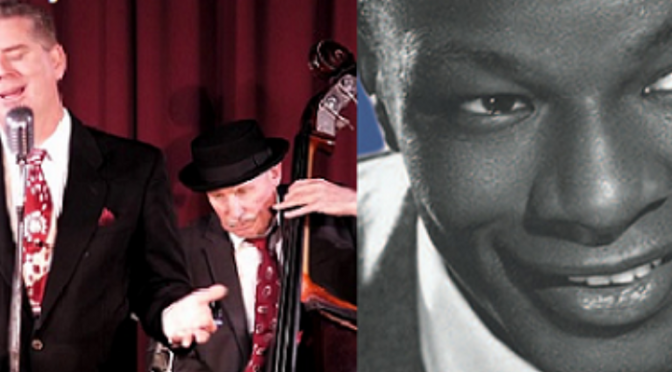 On Saturday 23 June,  Dorian Mode will present ‘Unforgettable: A Tribute to Nat King Cole‘ at Foundry616 and we have a double pass to giveaway.

Dorian Mode is a multi-award winning jazz musician, composer and author.   His first release was an independent C.D: Man, Dig that Groovy Mode, earning him a publishing contract with Mushroom and a record and publishing deal with a leading jazz label in Japan.

This international success led to a contract with EMI Records and he released Rebirth of the Cool. A homage to Miles Davis, this album featured some of Australia’s finest jazz musicians (Bernie McGann, Mike Bukovsky et al). This mercurial success saw Rebirth reach number two on the Adult Contemporary Chart in Japan and locally Rebirth was voted a Virgin Music top four pick. The title track was also nominated for an APRA Award for best Jazz Composition later that year.

For Dorian’s next CD he teamed up with acclaimed orchestrator Julian Lee to record: Cafe of Broken Dreams for ABC JAZZ. This recording was critically acclaimed and later that year Dorian was invited to perform at the Montslevat Jazz Festival, supporting the McCoy Tyner Trio.

Since then Dorian has lived and worked in London and New York, performed at numerous jazz festivals and venues (including the Sydney Opera House) and on numerous TV shows. He recently composed the music for a travel series for FOX Television in the US and music for plays.

Dorian Mode‘s ‘Unforgettable: A Tribute to Nat King Cole‘ will play at Foundry616 on Saturday, 23rd of June at 8:30pm.  You can book,  options include a fine dinner and the show, at Foundry616. [Facebook]