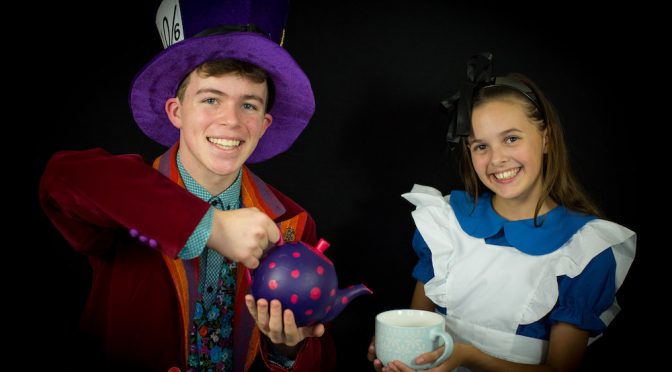 Noteable Theatre Company (formerly Manly Musical Society) is proud to present their inaugural Junior Production, Disney’s Alice in Wonderland JR. Playing at Zenith Theatre, Chatswood from Wednesday 18 March 2020 for 6 performances only, this musical is perfect for the whole family.

Travel down the rabbit hole and join Alice, one of literature’s most beloved heroines, in her madcap adventures. Featuring updated songs from Disney’s thrilling animated motion picture, Disney’s Alice in Wonderland JR. is a fast-paced take on the classic tale.

Leading the cast as Alice is Meghan Rogers who follows Jessica Laffan’s White Rabbit down the rabbit hole. Mitchell Penn plays the brilliantly crazy Mad Hatter while Isabel Young takes on the psychedelic role of The Caterpillar. Anabelle Norton will demand that heads roll as the Queen of Hearts as Scarlett Saunders, Cooper Singleton, Alice Ginters Campbell will perfect their grins in roles of Cheshire Cats 1,2 and 3.

The ever-curious Alice’s journey begins innocently enough as she chases the White Rabbit. Her adventures become increasingly stranger as she races the Dodo Bird, gets tied up with Tweedle Dee and Tweedle Dum, raps with a bubble-blowing Caterpillar and beats the Queen of Hearts at her own game!

Sydney Arts Guide has 2 family passes (4 tickets) to give away to the performance of ‘Alice’ on  Thursday 19th March at 7.30pm.  Email editor.sydneyartsguide@gmail.com with Alice in Wonderland JR Promotion in the subject heading. Winners will be advised by email.