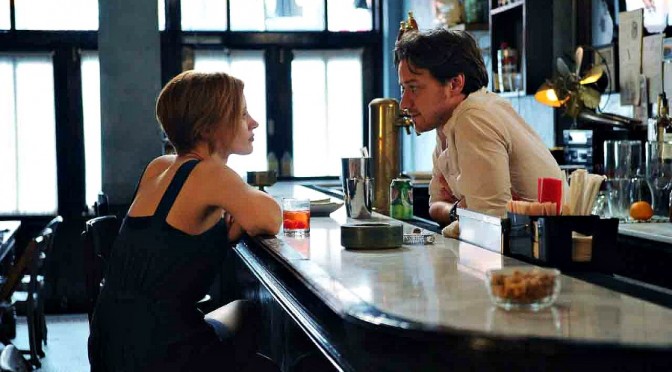 She returns to her childhood home where her parents and her sister walk around on eggshells as they struggle with the unusual situation of having such a vulnerable person re-enter their lives. Not that Eleanor is walking around like a nutcase. Lots of her interactions with her family are insightful, rational and also very funny.

Eleanor has separated from her husband Conor, (a fine performance by James McAvoy) and the intensity, romance and great fun of this relationship is examined with wisdom and sensitivity.

This is an excellent film by writer and director Ned Benson. It is impressive that this is his first feature film.

The Disappearance of Eleanor Rigby: Her was shown recently at the Sydney Film Festival.