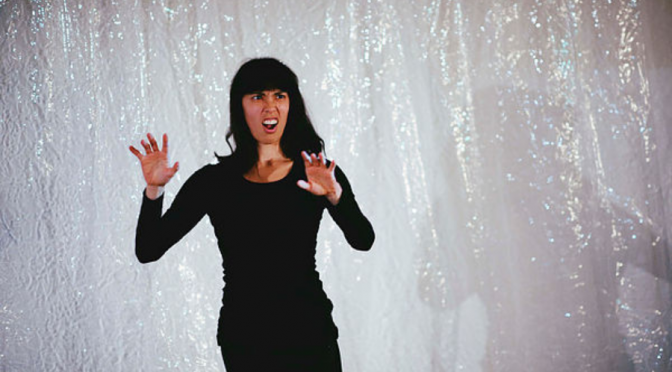 After the success of FESTIVAL FATALE brought to you by WITS [Facebook]  at Eternity Playhouse on October 27, The Guide had the chance to catch General Manager and Producer, Tara Clark to ask about this year’s event.

SAG:      Thanks for talking with us again. Have you had any chance to catch up on some sleep?

TARA:    Sleep! Not quite yet, but soon. Often post event wrap-up is just as exhaustive as the pre-planning, so there are still some loose ends that need tying up, but I did just have my first weekend off in about 3 months, which was very nice and very needed!

SAG:      So the Festival had big numbers again, I think it’s obvious that there’s a desire for women’s work to stand alone. What did your number crunching tell you?

TARA:    Festival Fatale is the only event of its kind in Sydney, and probably Australia, and the demand for it is definitely there. The inaugural Festival Fatale in 2016 was mounted as a direct response to a very specific event (the announcement of Darlinghurst Theatre Company’s 2016 season that featured only one woman playwright and no women in any of the marketing images, for those who are unaware), and this cataclysmic event really stirred up a lot of emotion in women working in theatre.

TARA:    Surprise, no. I hadn’t seen any of the plays until they went up on stage at the Festival, so I had no expectations of my own. I was in the foyer all day and got to speak to people after every single performance, and there was no clear fan favourite; each and every production was incredibly well received, and each was favourited by different people I spoke with.

What surprised me the most was the amount of women who approached me in the foyer to express, quite passionately at times, how fantastic they thought the festival was and how grateful they were that it was available to them. Many of these conversations were with women who don’t even work in the industry, and so they were connecting with it without any real knowledge of the state of gender parity on our stages. For them it was all about women’s voices and sisterhood.

SAG:      These plays and these artists must be changed in some way by the experience. Did you get any feedback from the creatives about how having an audience informs next steps?

TARA:    Absolutely. Some of the works had never been in front of an audience, while others were quite seasoned. Lovely Lady Lump, for example, has toured the world, and Lana commented just yesterday how different audiences are from city to city. She found the Sydney audience to be particularly responsive, and the opportunity to test the work out on a Sydney audience with great success puts her in a fantastic position for pitching the show for NSW tours. Coming to a city near you! Stay tuned!

TARA:    WITS is about to head into a phase of planning and strategy so that we can ensure we’re delivering what’s needed. Feedback is essential to this process so we absolutely welcome contact from anyone who would like to suggest what they think the industry needs, and what they think we could be doing to address it. Emails can be sent to info@wits.org.au.

You can read the pre-Festival interview with Tara here.