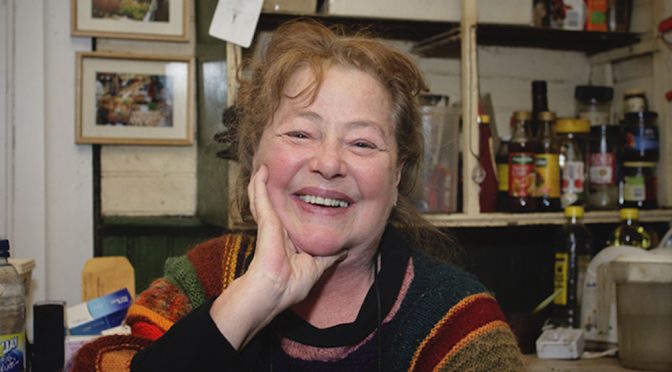 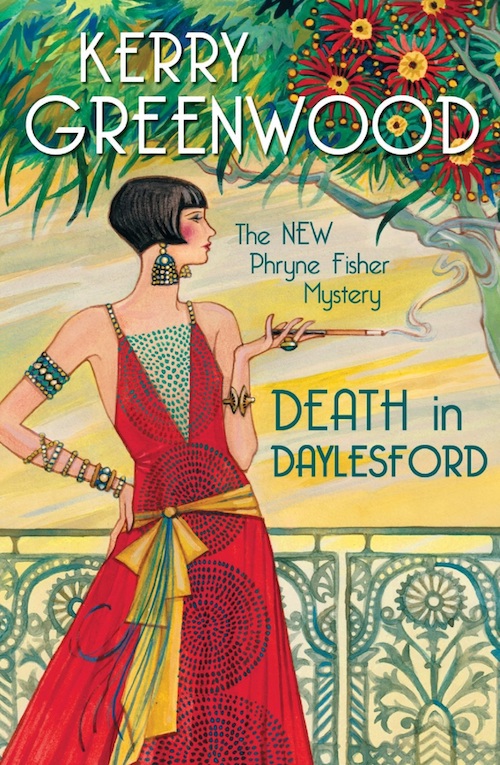 A most thrilling, exciting adventure for all of us who are Phryne Fisher fans.

Kerry Greenwood is the author of more than fifty novels, a book of short stories, six non-fiction works, and the editor of two collections of crime writing. Her beloved Phryne Fisher series has become a successful ABC TV series, ‘Miss Fisher’s Murder Mysteries’, which sold around the world. She is also the author of the contemporary crime series featuring Corinna Chapman, baker and reluctant investigator. The most recent Corinna Chapman novel was The Spotted Dog.

In addition, Greenwood is the author of several books for young adults and the Delphic Women series. When not writing, Greenwood has been an advocate in Magistrates’ courts for the Legal Aid Commission and, in the 2020 Australia Day Honours, was awarded the Medal of the Order of Australia (OAM) for services to literature.

Phryne is as elegant, sophisticated, glamorous, headstrong and determined as ever: a sleek, petite wickedly delightful darkly silver siren seeking to right wrongs and ensure justice is served.

In the book we find all our friends – Lin Chung, Dot, Jane and Ruth, Inspector Jack Robinson, Hugh Collins, Tinker, the Butlers, Ember and Molly that form Phryne’s gang – are back.

In DEATH IN DAYLESFORD, a mysterious invitation arrives for Miss Phryne Fisher from an unknown Captain Herbert Spencer and Phryne’s curiosity is piqued. She discovers that Spencer runs a retreat in Victoria’s spa country for shell-shocked soldiers of the First World War. It’s a cause after Phryne’s own heart but what does Spencer want from her?

At first, Phryne and the faithful Dot view their spa sojourn as a holiday. While Dot gets to know the striking women who run the hotel where they are staying, Phryne enjoys a delicious, luxurious dinner –and dessert–with the handsome, charismatic, Captain Spencer but they are soon caught up in the midst of disturbing Highland gatherings, disappearing women, murder and the mystery of the Temperance Hotel.

Dauntless and as ingenious as ever, Phryne adroitly investigates the various hidden dramas in this seemingly quiet but in reality anything-but- spa town. Meanwhile, back in Melbourne, Cec, Bert and Tinker find a pregnant young woman floating face down in the harbour, dead. Tinker, with Jane and Ruth, Phryne’s resilient adopted daughters, together decide to solve what appears to be a heinous crime. Disappearances, murder, bombs, booby- traps, coded knitting, and other strange goings-on land Miss Phryne Fisher right in the middle of one of her most exciting adventures.

The book is vibrantly , vividly written – there are magnificent descriptions of places ( eg the spa, the Temperance Hotel, events ( for example the huge Highland Gathering ) and characters and the contrast between town and country. For example a description of a dirty white truck’s engine: “ Suddenly there was a tremendous sound of an engine. It seemed to be in pain and roared like a hippopotamus with a toothache” Or. “Phryne looked him over. Six and a half feet tall, and several axe handles across the shoulders. He was not so much fat as exceedingly well-armoured. In the Middle Ages, he might have been used as a battering ram. But his strangely unlined face was mild and gentle, and his brown eyes were kind and filled with simple wonderment as if looking at everything for the first time “. And again, in her description of Detective Inspector Kelly “, He was a colossus, built to endure when towers crumbled., cities fell and civilizations came and went. His shoulders strained at the boundaries of his coat. These were the shoulders of a man who carried home strayed oxen and chastised their misdeeds “.

Much attention is paid to detain in describing clothes and also at times the class difference is emphasised. Each chapter has a quote at the beginning from various poems or other literary sources.

The parallel complicated twists and turns of both places and plots are handled magnificently, as always brilliantly written and all is neatly explained and sorted at the end.

Greenwood appears to have a recurring theme of wombats throughout her books as they are mentioned yet again in this story.

Greenwood also, as usual,  distinguishes between ‘good ‘ cops ( such as Jack Robinson and Hugh Collins) and annoying punctilious or dim witted ‘ bad ‘ ones ( such as Acting Detective Inspector Fraser ).

A delight for Phryne Fisher fans!