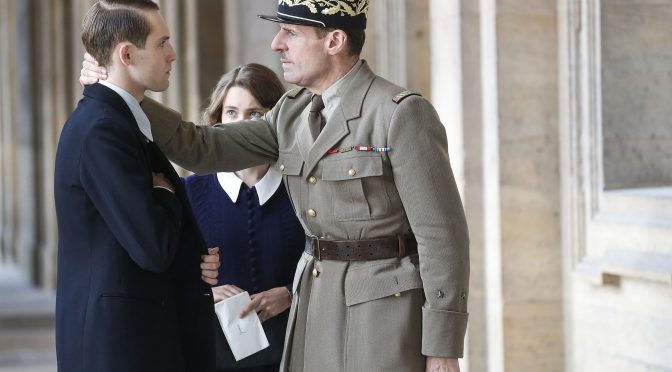 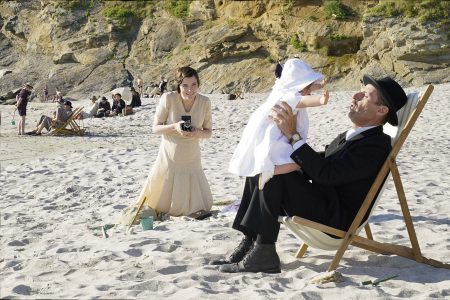 No matter what you may think of him as a post war leader, Charles De Gaulle Second World War legacy is irrefutable and deserving of a biopic focusing on this aspect of his life.

Gabriel Le Bomin, the distinguished documentary film maker, has opted for a dramatised feature narrative in making DE GAULLE to offset the well known bits of his Nazi resistance with the extraordinary private aspects of the General’s life.

DE GAULLE begins in May 1940, where the war between Germany and its neighbours became nasty. Shockingly, the French army collapses, and the Nazis seize Paris. The government is in panic and considers accepting defeat, but recently promoted two-star General Charles de Gaulle determines to have France, Phoenix like, rise from the ashes of defeat and occupation.

His wife, Yvonne is his first support, but very quickly events spiral out of control and separate them. Evacuating themselves from the invasion, she and their children set out on the roads of exodus, board a boat and embark on a perilous sea journey with ambiguous destination as Charles travels to London to meet with Winston Churchill.

Venturing into a more intimate side of Charles de Gaulle, the film’s writers, Gabriel Le Bomin and Valérie Ranson-Enguiale endeavour to show this burgeoning figure of global significance in a different way. Not yet elevated to presidential pedestal, here he is depicted at human height, although his tenacity is certainly in sight.

As the parent of a disabled child, he was an exemplary father. His daughter’s diagnosis of Down’s Syndrome is presented to them in the seemingly heartless and hopeless manner of the day but Charles and Yvonne decided to keep their daughter with them. In the heat of political manoeuvring and national security, DE GAULLE manages to illuminate the personal, intimate dimension of the character with his relatives.

Director Gabriel Le Bomin has said that “To make a historical film is to walk a fine line between the probable, the real, the just. We must find and assume the space of fiction within historical rigor.”

With DE GAULLE he has succeeded.