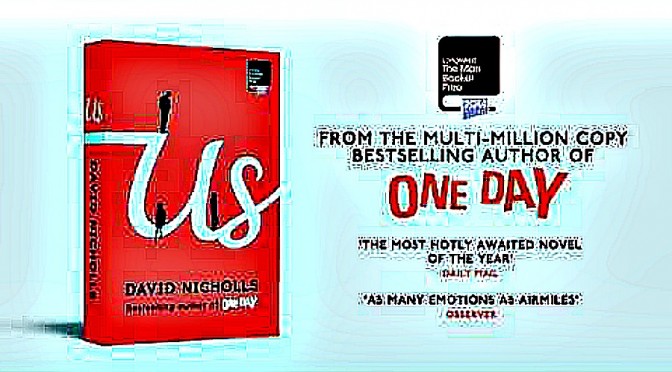 Us tells the story of Douglas, a late middle-aged man whose son is about to leave home for college, and a wife who is planning to leave as well. Douglas, the main character in Us, is one of Nicholl’s good guys. His main problem, according to his family, is that he is on the staid side. He is a tad conservative, but he is an amusing and exceedingly tolerant husband and father. As Douglas contemplates life without his wife, he plans one last hurrah: a trip through Europe with his surly son and wife.

Nicholl’s adroit handling of the material makes this an engaging story which flashes back to Douglas and his wife’s courtship and the early years of their marriage. I felt for Douglas, his wife was incredibly patronising to him in spite of his best efforts to woo her. He bends over backward to prove to her that he is worthy, as he is painfully aware that he is a grey spot in the very colourful circles that she travels in. She is an artist, and her friends are artists and actors and otherwise creative types who disdain the stability that Douglas represents.

The European tour is full of mishaps, brothel-like accommodations, and in one incident a fiery meal that leaves Douglas injured and in pain while his family find the cause amusing. After their trip goes pear shaped, Douglas strikes out on his own and his adventures are full of still more mishaps which told with Nicholls wry voice amuse and entertain.

David Nicholls excels at giving readers warts and all characters who we like in spite of their shortcomings. His characters are often real pieces of work: selfish and indulgent and, while often on the verge of redeeming themselves, like most of us they are works in progress.

I hope Nicholls gives us a follow up to Us, his characters have a way of getting under your skin. With big interest in the book (Russell Crowe is rumoured to be interested in making it into a film) hopefully there will be more to come from Douglas’ travels.

Published by Hodder and Stoughton.