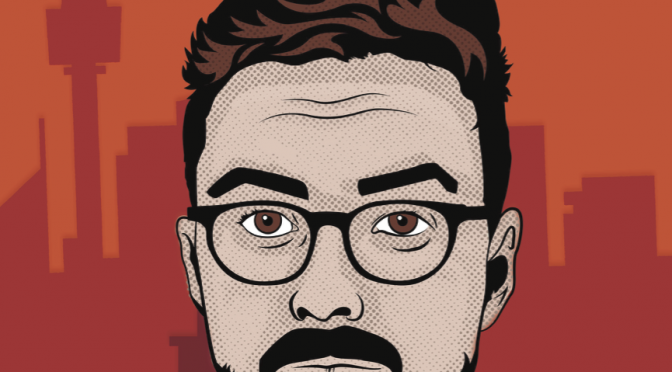 After sold out shows in Australia and around the world, hometown comedian Daniel Muggleton returns to Sydney for a debut comedy special at the Oxford Arts Factory on Wednesday, 25 October.

It’s been a massive year for the comedian so far with the release his debut album Let Me Finish which reached Top 50 in the worldwide comedy album charts. 2017 also saw Daniel tour the US, performing all over New York City, including New York Comedy Club and the famous Comedy at the Knitting Factory, as well as The Laugh Factory in Chicago.

All this plus a return to The Edinburgh Fringe, a feature on The Feed (SBS2), an appearance on The Checkout (ABC), and hosting the Jokes To Bang Tour with Neel Kolhatkar, Rohan Ganju, Aaron Chen and Jen Carnovale, where they performed to 1000 people across two weeks in rural NSW.

There’s no slowing down with ‘Let’s Never Hang Out’, a brand new hour of blunt and honest storytelling on relationships, kid’s names, dreams – wet and dry, old people and the McDonald’s Family Feast.

Daniel’s come a long way since he started doing stand-up in New York in 2012 because, as he says, his girlfriend was ignoring him and he didn’t have anything better to do. His debut album Let Me Finish was recorded at The Comedy Store and released by Comedy Dynamics, the largest independent comedy producer in the world – making Daniel the first Australian comedian to be produced by the Grammy-award winning label.

A few years back he, together with Samuel Kettler he started Australia’s first sign-up on the night open mic night in Sydney called Mug and Kettle Comedy.

He has performed at festivals all over Australia and abroad and was selected as a FRESH Artist to Watch at Sydney Comedy Festival in 2014 and 2015. In 2015 and 2016 he made appearances at Pigsty in July music festival and hosted Burgapalooza in 2016 and 2017. He was also an off-stage writer for A Rational Fear (FBi) and award-winning web-series SYD2030.