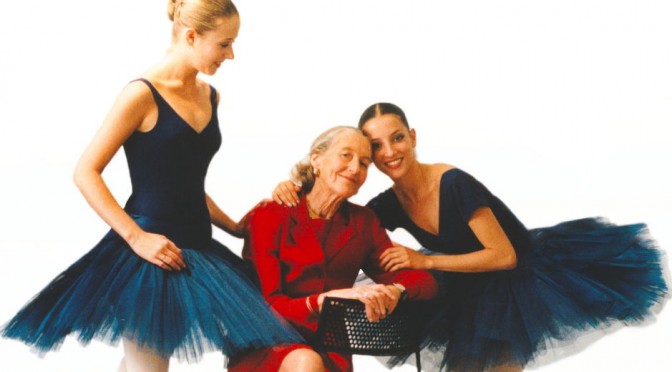 Dame Margaret (Maggie) Scott looms large in the history of late twentieth century/early twenty-first century dance in Australia. This biography of a pioneering figure in Australian dance history was launched as part of the fiftieth anniversary of the Australian Ballet School celebrations, most appropriately as Scott was founding Director of the school and a dancer and teacher of immense vision and intellect.

Maggie Scott was born in Johannesburg in 1922. She showed an early love and aptitude for dance and was encouraged to move to Britain for further training but just six weeks after her arrival World War 11 erupted. During the War she started performing with the Sadlers Wells Ballet (now the Royal Ballet) and worked with the legendary Dame Ninette de Valois, Helpmann,and Fonteyn but then she changed companies and began dancing for Rambert, touring Germany in 1946.

Scott traveled to Australia with the Rambert company in 1947. Other important names of ballet history to emerge around this time include Edouard Borovansky, Ruth Galene, Vasilli Trunoff and Kyra Bousloff. The Company had a tremendously successful Sydney season but then disaster struck for Scott as the recurrence of a back injury occurred. The dancer was informed she probably would not be able to dance again.

Scott did however eventually recover and became a major figure in Australian dance. She was enticed back to the stage for Graeme Murphy’s Nutcracker: The Story of Clara in 1992, 1994 and 2000 for the Australian Ballet.

Dame Maggie has inspired and taught dancers who are now regarded as exceptional performers, choreographers and teachers. The book has quotes from many of them including Lucinda Dunn, Lisa Pavane , Marilyn Rowe, Lisa Bolte , Christine Walsh , Julia Cotton… to name just a few.

Fascinating insights are leaked into the early history of the Australian Ballet and also Scott’s work and links with John Cranko and Sir Kenneth Macmillan, among others, whilst she worked in the UK.

We learn of her enforced retirement and the behind the scenes political wrangling at the time of the silver jubilee celebrations of the Australian Ballet school.

Her personal life is mentioned but rather minimally. Scott is married to Dr Derek (Dick) Denton a medical doctor. They have two sons, Angus and Matthew.

Her encouragement of other creative artists including Russell Drysdale is mentioned and much is also made of her pedagogy and the teaching at the Australian Ballet School.

The publication features an exuberant forward by Graeme Murphy and includes some wonderful photos.

Scott’s visionary tract ‘ Philosophy of Teaching ‘ is also available at the back giving great insight into Scott’s teaching and expansion of the Australian Ballet School.

Dance educators will be fascinated by Scott’s luminary vision for the Australian Ballet School, and how she tried to blend the major styles (Vaganova, Checchetti, R.A.D. and Bournonville ) in the curriculum and was constantly ensuring the school was as contemporary as possible.

The Dame Margaret Scott fund for Choreography most recently assisted the Australian Ballet’s Melbourne and Sydney seasons of Ratmasnky’s Cinderalla.

Impeccably researched, the result of many meetings, oral history interviews and international research this is a fascinating biography of a major luminary in the Australian dance world.