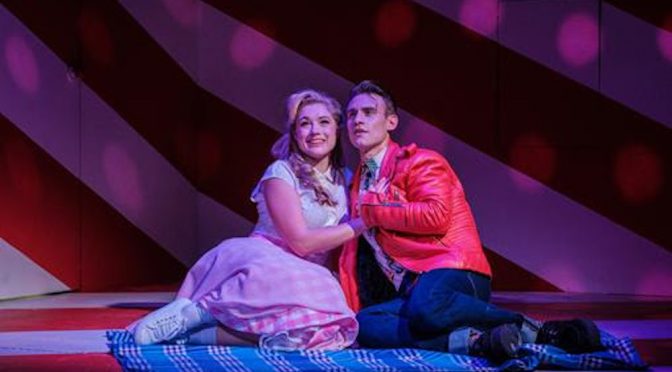 Based on the 1990 cult-classic John Waters (Hairspray) film, written and directed by Waters, CRY BABY-THE MUSICAL will be presented in the Opera House’s Drama Theatre from 22 July – 15 August, 2021. Highly subversive and proudly irreverent, CRY-BABY The Musical, which won four 2018 Sydney Theatre Awards during its season at the Hayes Theatre Co, is a tongue-in-cheek homage to the teen rebel genre.

Writer and Director of the 1990 film, John Waters, says: ”CRY-BABY celebrates the joy all bad little teenage boys and girls feel the first time they hear music that causes trouble in their own homes. Parents hate the new sound but the kids love it. Finally, the soundtrack of their young lives can begin.”

“Aren’t all Australians secretly juvenile delinquents at heart? CRY-BABY, Hairspray’s bad little brother is coming to Sydney Opera House so look out! There might be a musical riot!”

Sydney Opera House Head of Contemporary Performance, Ebony Bott, says: “Fuelled by teenage hormones and the rhythms of rock and roll, CRY-BABY THE MUSICAL is a hilarious visual feast. ThA is wildly sarcastic musical is a quirky exploration of class, the nuclear family and beauty myths – an ultimate John Waters cult classic”.

Set during the fall of moral meritocracy in 1954 Baltimore, America, CRY BABY-THE MUSICAL  tells the tale of a rock ‘n’ roll romance of hilariously absurd proportions.

Wade “Cry-Baby” Walker, leader of the “Drapes” and “Square” rich girl, Allison, are the two star-crossed lovers in the centre of the provocative satirical comedy. The musical shines a light on a war against classism that shuns the values entrenched in the 50’s and portrays a city divided.

New to the cast are Melissa Russo (Fan Girls) as “Wanda”, Stacey Thomsett (RENT) as “Mona/ Hatchet–Face”, Zoe Ioannou (West Side Story), Shay Debney (Wizard of Oz), Morgan Palmer (The Book of Mormon) as the doo wop band “Whiffles”, and Chiara Assetta (West Side Story), and Jordan Tomljenovic (Mamma Mia) in the ensemble.

The book has been together by Mark O’Donnell & Thomas Meehan with songs by David Javerbaum and Adam Schlesinger.

CRY-BABY THE MUSICAL will play the Drama Theatre, Sydney Opera House between the 22nd July and the 15th August, 2021.