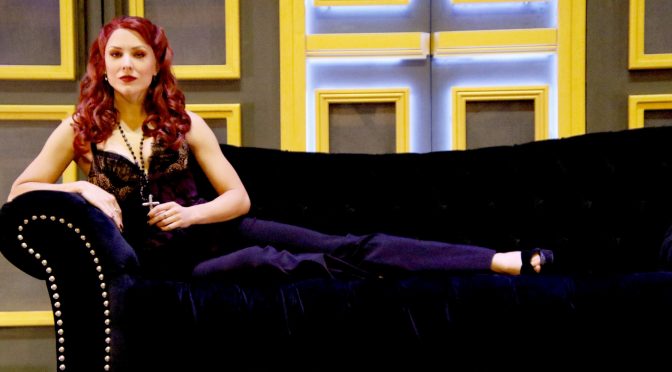 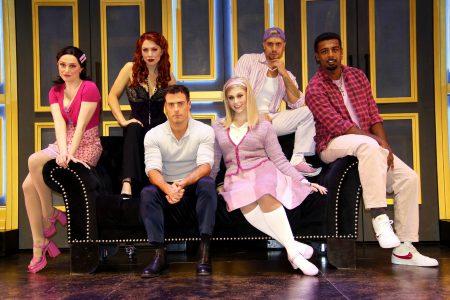 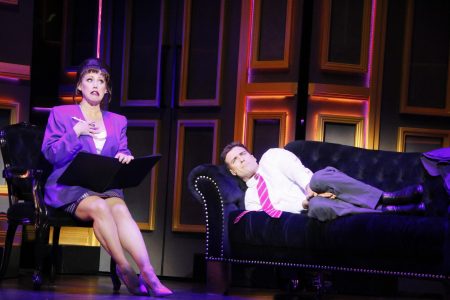 CRUEL INTENTIONS : THE NINETIES MUSICAL started off as an off Broadway jukebox musical which premiered in 2015. The musical is based on the cult 1999 movie ‘Cruel Intentions’ by Roger Kumble. There was also of-course the great 1988 movie ‘Dangerous Liaisons’ starring John Malkovich, Glenn Close and Uma Thurman. All of these productions are offshoots of the classic 1782 French novel Les Liaisons dengereuses by Pierre Choderlos de Laclos.

The current musical has been created by Jordan Ross, Lindsay Rosin and Roger Kumble. The national tour of the show is an Australian premiere, with an all Australian cast,  a boon for an industry which was badly burnt during the Covid lockdowns.

The narrative stays on course with the movie plot with, of-course, that magical addition of the cast very regularly breaking into hit nineties songs, sometimes with a bit of laughter from the audience. There are so many great  90’s songs including The Verve’s  ‘Bittersweet Symphony’, Britney Speers ‘Sometimes’, No Doubt’s ‘Just A Girl’, Christina Aguilera’s ‘Genie In A Bottle’, Sixpence  None The Richer’s ‘Kiss Me’ and my personal favourite Deep Blue Something’s ‘Breakfast At Tiffany’s. Francine Caine as Cecile and Rishab Kern as Ronald give a rousing rendition with great vocals and electric dancing.

Kirby Burgess as the scheming seductress Kathryn and Drew Weston as  the retrograde, diary keeping stepbrother Sebastian, impress in the leading roles.

Francine Cain is suitably nervy and hyper as the pocket dynamo, very playful Cecile. Fem Belling is good as Cecile’s agitated mother Mrs Caldwell who finds it hard to deal with the chaos around her.

Kelsey Halge impresses as the virtuous Annette Hargrove, the object of Sebastian’s scheme. The scenes between Kelsey and Drew are well played as Drew falters in his plans by falling for Annette. It is a  familiar plot twist for the vow not to fall in love to be broken, still it is well done..

Euan Fistrovic Doldge as Blaine and Joseph Spanti as his gay lover Greg, give good performances and their vocals are great in such songs as ‘Candy’ and ‘Sometimes’.

Rishab Kern is great as Cecile’s good natured music teacher, Ronald and there is good chemistry between Kern and Cain.

A terrific ensemble rounds out the cast with Etuate Lutui, Daniel Erbacher, Sheridan Adams, Morgan Heynes and Darcey Eagle rounding out the cast.

It’s an enticing recipe; a quirky storyline, a  ribald sense of humour, colourful characters and a great pop music soundtrack.

With the best of intentions, this talented troupe have come to the State Theatre and delivered a great night’s entertainment.

David Venn Enterprises production of CRUEL INTENTIONS THE NINETIES MUSICAL is currently playing the State Theatre, Market Street, city. The season is limited to a month as the show will move on to Brisbane’s Fortitude Music Hall starting Wednesday 27th July, 2022.