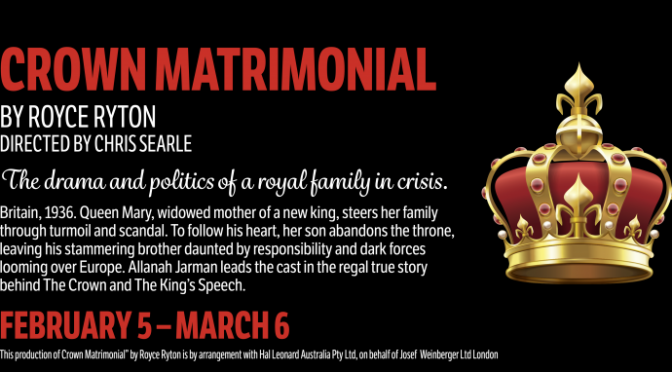 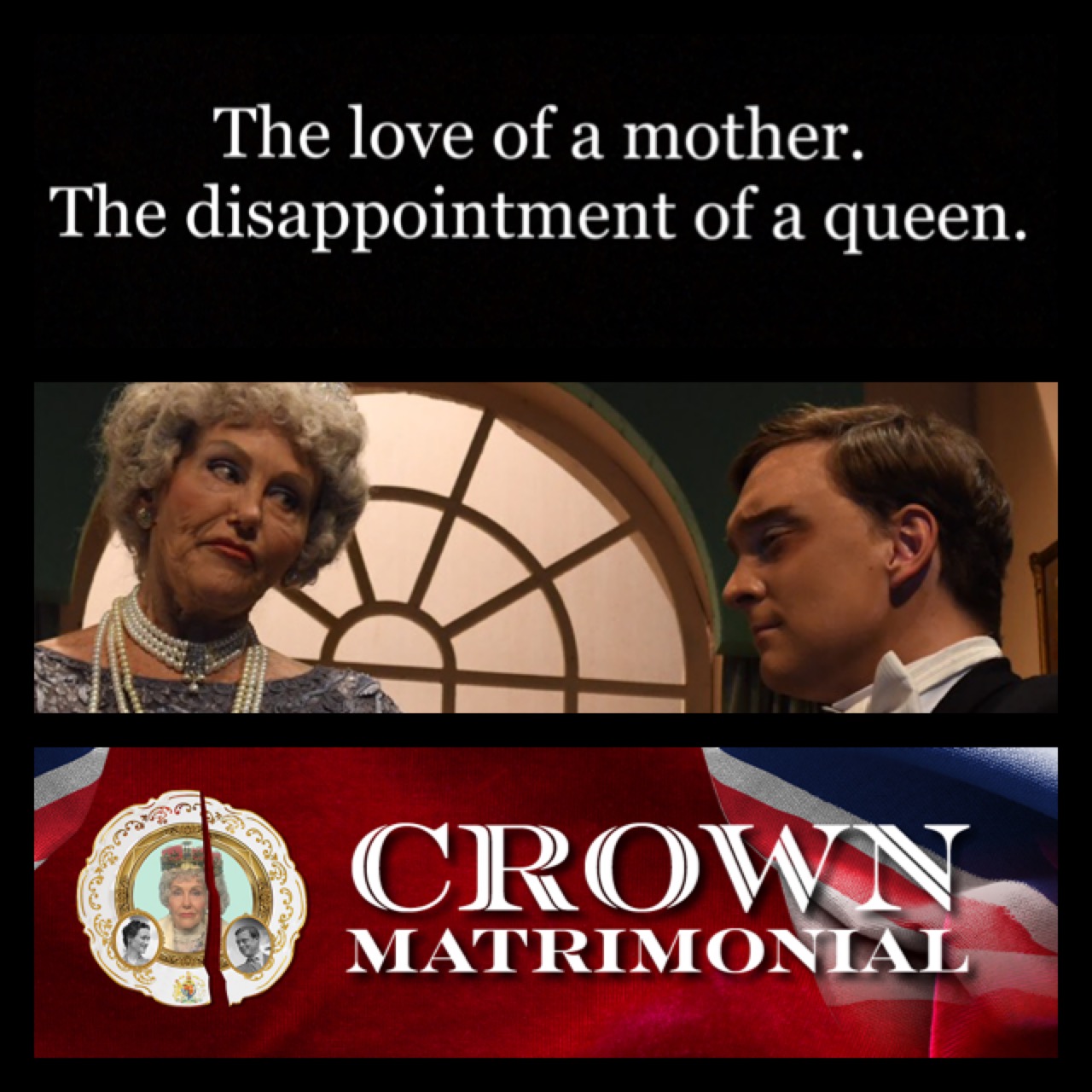 This is the second time the Rockdale Theatre Guild (RT) has put on a production of  Royce Ryton’s 1972 historical drama ‘Crown Matrimonial’.

William Shakespeare wrote, in his play ‘King Henry the Fourth’, ” uneasy lies the head that wears the crown.” Kings and Queens, and for that matter, political leaders of any ilk, can readily relate to this, one of the Bard’s most famous quotations.

For King Edward VIII the burden of the crown became too heavy for him to bear. In 1936 he abdicated, threw it all away, to be with the woman he loved, American divorcee Wallis Simpson. The crown was then handed over to his younger, more delicate brother, Bertie, who became King George VI.

Ryton’s classic play focuses on this very turbulent time in the history of the British Royal family.

All of some forty nine years ago, back in 1972, RTC actress Allanah Jarman played the part of Princess Mary, in the Guild’s first production of ‘Crown Matrimonial’.

Allanah’s well constructed, memorable performance is the highlight, the centrepiece of Searle’s production.  How satisfying it must feel for her, for whom acting has always been a passion.

Douglas Spafford gives a good performance as her disobedient son David, King Edward VIII. As does Tye Byrnes as Bertie. The supporting cast acquit themselves well.

There is effective use of multi-media in the production  with a ‘mini’ screen slightly lowered from the top of the stage, at various times, to show black and white archival footage from the time.

The intricately detailed set, of Queen Mary’s living room in Marlborough House, was designed by the late James  Searle’s, Chris’s husband. The Director’s Note in the program, handed out for free as we entered the theatre, revealed how James, for over more than a fifty year period, designed nearly all  RTC’s sets.

Chris ‘talks’ of how the couple had started coming to the theatre  last March to put the set together when Covid hit and the theatre went dark. This year, when the theatre lights came back on again, some dedicated Guild members banded together to  finish the set, in his memory. Great that they did because James’s set ‘sits so well’ in this production.