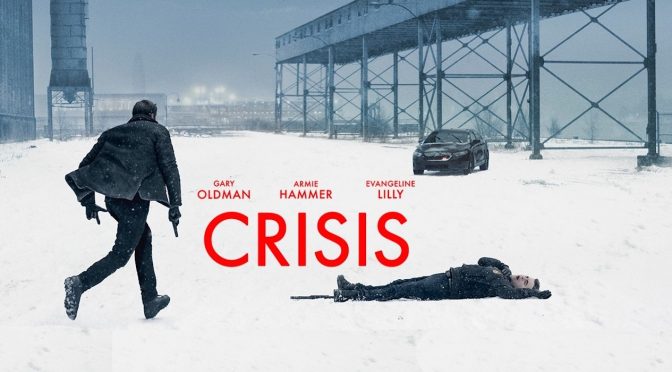 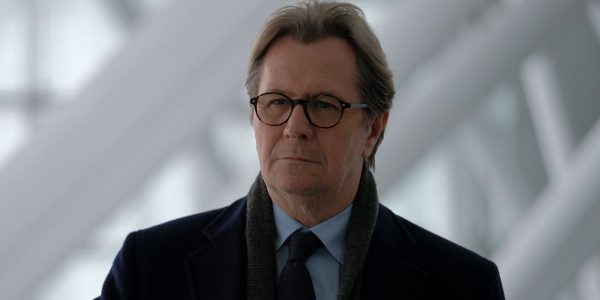 Like Steven Soderbergh’s celebrated classic, Traffic, CRISIS is a multi layered story about the impact of illicit trade in drugs.

Usually, drug dealing thrillers concern cocaine or heroin or maybe marijuana, but CRISIS concerns itself with the out of control epidemic of opioids.

Caught in the crisis are: Dr. Tyrone Brower played by Gary Oldman, a university Professor contracted by a major pharmaceutical company to run experiments on a new “non-addictive” painkiller before it hits the market, Jake Kelly portrayed by Armie Hammer), an undercover DEA agent with a troubled family who attempts to infiltrate an international Fentanyl smuggling operation, and Claire Reimann (Evangeline Lilly), an architect recovering from an Oxycontin addiction who is determined to uncover the truth behind her son’s suspected involvement in narcotics.

Together, these three disparate worlds combine to illuminate the landscape of an ever-growing epidemic now touching every corner of society in a story of professional integrity, moral discovery, love and revenge.

Written and directed by Nicholas Jarecki, CRISIS begins, not at Mexico’s dusty border with America, but the crisp, snow covered boundary between Canada and the United States.

The Mounties, on ski-mobiles and helicopters, their Huskies tracking traffickers, close in on a lone courier clad in camouflage, a virtual cliff hanging situation.

Having secured his action thriller credentials in this opening scene, Jarecki digs deeper into his subject, and through this excavation, elevates CRISIS from a competent actioner to thought provoking thriller, juxtapositioning illegal drug cartels with giant pharma and the ethics of academia.

On the one hand, the “baddies” are clearly criminal, like Mother, the leader of the Canadian cartel, A Quebecois pyscho killer, a cold blooded opioid oligarch.

On the other, legitimate pharmaceutical corporations are shown to be corrupt, with millions at stake if the efficacy of their product should be seen to be wanting.

And the hallowed halls of academia, so reliant on research money from said corporations come under immense and increased pressure to positively serve their patrons in order to survive.

The world is going through a great crisis with the pandemic, looking to science and pharmacy for a solution. The balance between profit and public good cannot be discounted.

CRISIS, as well as being a blockbuster entertainment, holds a mirror to the moral obligations of our great institutions and industries.