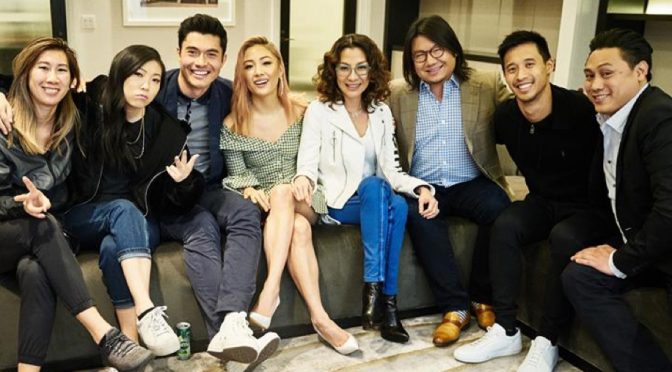 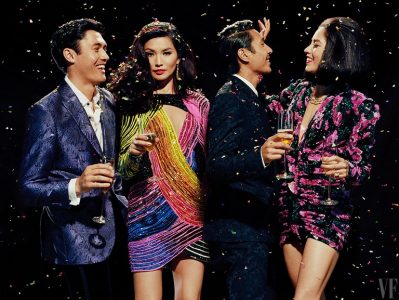 Lacking the charm and heart of My Big Fat Greek Wedding, CRAZY RICH ASIANS nevertheless purloins that template in a brash and vulgar display of avarice masquerading as a model of Hollywood inclusiveness.

CRAZY RICH ASIANS begins with an Asian mother with children in tow seeking a room in a London hotel. The racist receptionist sneeringly tells the rain soaked woman that there is no room in the inn, unbeknownst to him that the establishment of his employ has been bought by her husband, a doyen of the Singapore elite.

Fast forward, and the son of that woman, who has been a tertiary student in America, is bringing home to Singapore, the girl he intends to marry, a well educated but socially unconnected Chinese-American.

Snobbery and class discrimination exists in all societies and the snubbing of the beloved here leads to a family schism with all the drama and comedy of oft told tales of star crossed lovers.

Based on the best selling book, CRAZY RICH ASIANS has been lauded as a significant step in having an all Asian cast in an American studio picture. Hullo? What about The Joy Luck Club?

Well, that was back in 1993. And now things have changed. But for the better?

The Joy Luck Club was about the Asian immigrant experience in America. CRAZY RICH ASIANS is just a big fatuous roll in affluence, not even honest aspiration, but flatulent avarice.

Sure, Constance Wu and Henry Golding make a handsome romantic couple, Michelle Yeo a striking mother not to be fucked with, and Lisa Lu a matriarch of tungsten heart, but this lauded – really laundered – prefabricated film is peppered with people who know the price of everything and the value of nothing.

One thought on “CRAZY RICH ASIANS : AN OCCIDENT WAITING TO HAPPEN”