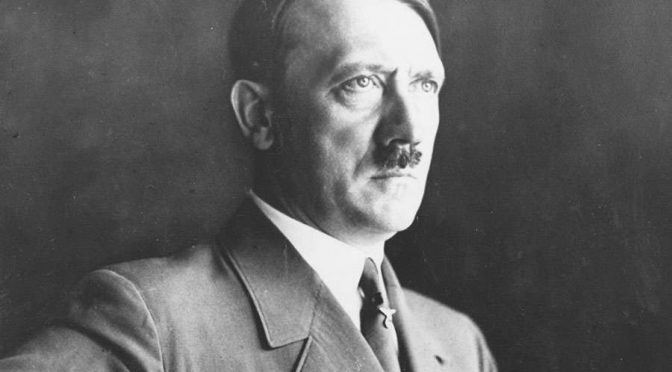 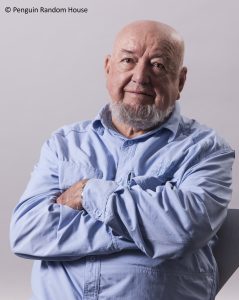 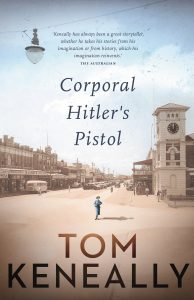 Half a dozen years before Hitler invaded Poland triggering World War II, the sight of the newly minted German Chancellor in a newsreel screened in a country town cinema triggered an apoplectic reaction in one of the community’s leading citizens.

That incident is just one of the triggers that propels CORPORAL HITLER’S PISTOL, the latest in the impressive storytelling arsenal of Tom Keneally.

The book is dedicated to the memory of the author’s mum and dad and the attribution that some of the stories told are theirs, while the rest are entirely the author’s fault.

Not much to fault in CORPORAL HITLER’S PISTOL, though, as chaos in Kempsey erupts on a number of fronts in the year 1933.

The title alludes to a First World War souvenir brought back from decorated hero, Bert Webber, who acquired the firearm after a first hand encounter with the future Fuhrer in the trenches of France.

The pistol plays a pivotal role in the plot as it impacts upon Bert’s son, Christian, Bert’s employee, Johnny Costigan, and the local cinema’s piano player, the deliciously drawn, Chicken Dalton.

Dalton in contemporary parlance is the town’s pansy, tolerated, albeit that tolerance the tip of an iceberg that camouflaged discrimination, a submerged, barely under the surface suspicion that can, and does, turn malevolent at the drop of a hat.

Bert’s son, Christian, struggling with his own sexuality in a society averse to acceptance, rails against his father’s callous, conservative stance: “He hated the way his father, probity on legs and double-proved hero, had fallen back on casual slang. Are we so few and so fallen that knob jockey business meant guns must inevitably come out?”

Another triggering event in this multi chambered narrative is the realisation by another respectable doyen of the town, Flo Honeywood, that her husband, the appropriately named local builder, Burley, is a philanderer who has sired an Aboriginal son, and sets about making moral and monetary reparations, a crusade that places her in peril.

Pragmatic of the interactions and relationships between black and white Australians in the early twentieth century, the boy in question, Eddie Kelly, is protected by his own mob, deflecting the good intentions of Flo Honeywood, knowing full well that the road of white feller good intentions often leads to hell.

With his mother deceased, Eddie’s immediate elder Uncle Malle’s “duty was to keep pride in a conquered land and endure the curfew and the insults of law and the intentions of white people, the good intentions nearly as deadly as the bad ones, with a clear head and a naked gaze.”

“The world isn’t urgent in spreading any good news.” says one of the sager characters in CORPORAL HITLER’S PISTOL. Thankfully we have Tom Keneally to spread many good stories.

CORPORAL HITLER’S PISTOL by Tom Keneally is published by Vintage