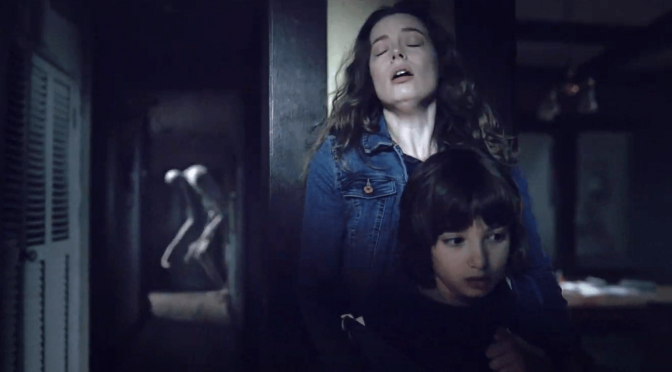 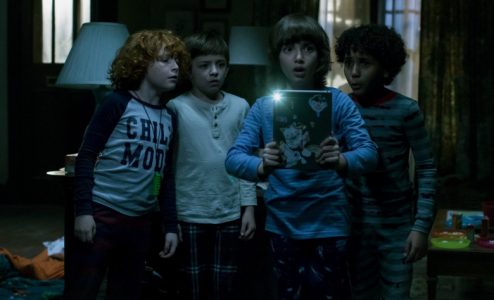 COME PLAY tells the story of Oliver, a solitary autistic boy who comes across a creepy children’s story on his new tablet.

Unlike his regular favourite entertainment, SpongeBob Squarepants, the storybook comes unbidden and Oliver has no idea that by reading the tale of Larry, a lonely, misunderstood monster, also desperate for friends, he is inviting him into his home.

A mish-mash mash-up of ET and Poltergeist with winks and nods to The Babadook, COME PLAY trips over the terror tropes while clumsily ticking the requisite boxes of the horror movie genre.

There are tropes in triplicate as Oliver is bullied, Oliver’s bedroom is filled with boy toys that take on ominous shapes, and the entity, Larry, has a proclivity to flicker electric lights and explode light bulbs.

COME PLAY is pop melodrama that makes no real sense. As a metaphor for the misunderstood it’s clear as mud. Perhaps it’s a statement about over cautious cotton wooling of kids by over protective parents.

COME PLAY’s roots lie in a short film, Larry, written and directed by Jacob Chase, whose expansion of the material into feature length sadly sags under the monstrous weight of shibboleth shudder, stereotype that sinks into the quagmire of cliché.

As a creature of terror and menace, Larry is presented as a skeletal presence, scariest when scuttling through grassland like a crustacean on speed.

Unlikely to seduce cinema goers back to the theatres, COME PLAY is rightfully relegated to the home viewing of come play, come pause, come stop.