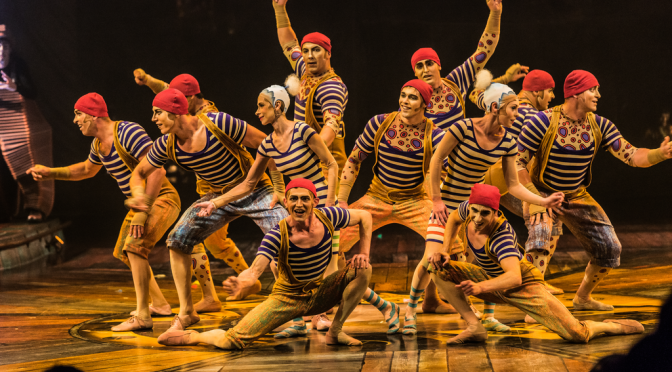 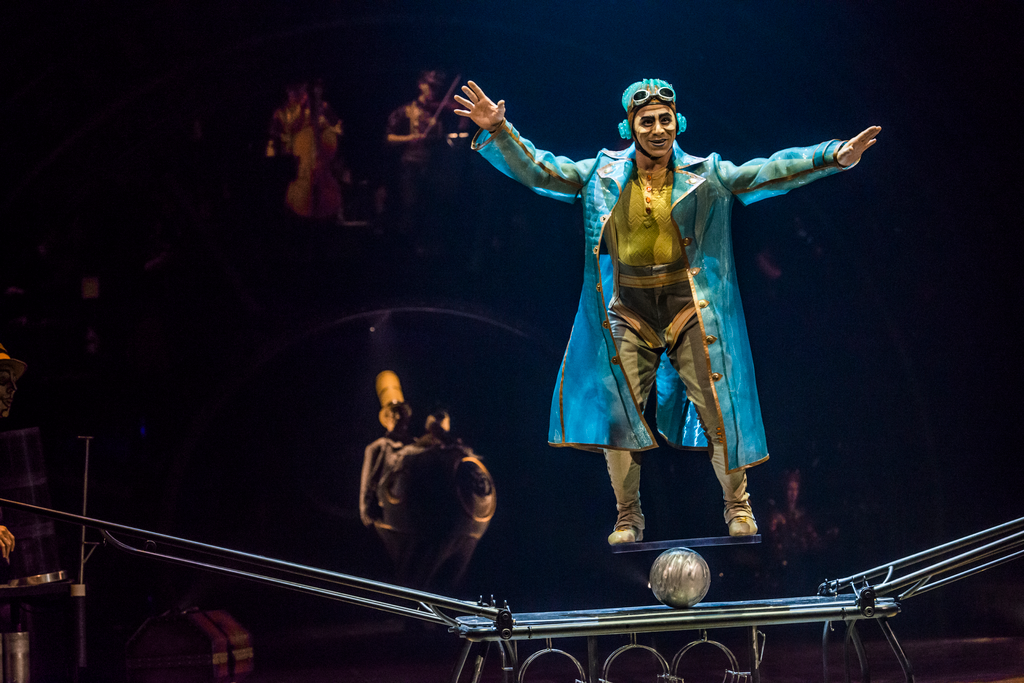 KURIOS seeks to evoke the era of the late 19th Century and early 20th Century Anglo European society. It was a time of great invention and creative imagination. Montgolfier had gone up in a hot air balloon and used a new devise called the camera to photograph aerial views. Frank Baum wrote the Wizard of Oz novels transporting readers to another world inhabited by strange creatures. Edgar Rice Burroughs created Tarzan. A man living in an exotic jungle inhabited by sentient animals. Thomas Edison’s light bulb and phonograph together with Marconi’s transmission of wireless sounds brought the world into nocturnal light and communicative sound. The Lumiere Brothers invented cinemas and terrified audiences when they filmed an oncoming train. HG Wells  wrote the time machine and all these inventions created an inexhaustible  appetite for amazement.

Nearly all these inventions were created on stage in clever and ingenious ways. An almost full size steam engine trundles onto the stage, a juggler balances a giant light bulb on his head, hand puppeteers are projected onto a Montgolfier balloon, a barking clown tries to attack a photograph. Aerialists fly  in the newly invented aeroplane, Klara can receive alpha waves through her telegraph of the invisible and all these plus much more emerge from  the alchemist scientist the Seeker’s Cabinet of Curiosities.

I have seen a number of Cirque du Soleil shows and Kurios is by far  the most imaginative and entertaining of their shows that I have seen. It has 427 props and they are used ingeniously from a dining room scene reflected and balancing from the ceiling to the Salvador Dali like robots who serve the Seeker.

What also charmed was the fact that even though a spectacular act was being performed the eye could stray for a moment to little vignettes happen ing in the background without  ever detracting from the main performance. The aerial acts seemed to draw the most gasps and ooh-ahas. These included the Siamese twins hanging in the air from straps performing a series of acrobatic figures carving arc swings close to the roof of the Grande Chapiteaux, the rola bola balances on a tottering structure, swinging on a trapeze like platform to the aerial bicycle and hangs on to it in various precarious positions tantalising Mr Microcosmos who has a Jules Verne like ‘Nautilus’ as a belly.

The thrilling thing  that all these aerial feats are performed without a net! The only time a net is used is for a series of marine like characters utilising it as a trampoline where once again  some of them reached close to the Big Top apex whilst performing double and triple somersaults. There is a juggler, a yo yo master, a ring master clown of an invisible circus,. a contortionist with a giant mechanical hand. Grounded strongmen  flinging their colleagues into the air only to be caught by another pair of strongmen, sailors dancing on a surreal sea full of strange fish; all these and the previous acts I have mentioned are peerless masters at their craft. They are all accompanied by a gypsy like electro swing band, much in the manner of Django Reinhardt and Stephane Grappelli, ealky 20th century pioneers of European jazz . Not only does the band led by Piaf like singer Sophie Quay complement the performers on stage, the musicians create a wonderful, all encompassing ambience ranging from humour through to tension as well as tenderness.

The dozen or so acts flow seamlessly into one another and we are swept along with a sense of utter enjoyment.

This grand spectacle is amazing, magnificent and awe inspiring.

One of the major  themes is the flexibility and fluidity of time. As I was having fun the time flew and the generous playing time of approximately two hours was in my altered sense of reality all over too quickly. I wanted to see more of the wonderful, ingenious and first class acts, I wanted to gaze some more at the glorious costumes and set designs and sup a bit more at the creativity of this grand and superb circus.

On no account should it be missed and you have until the 27th November to enjoy it. 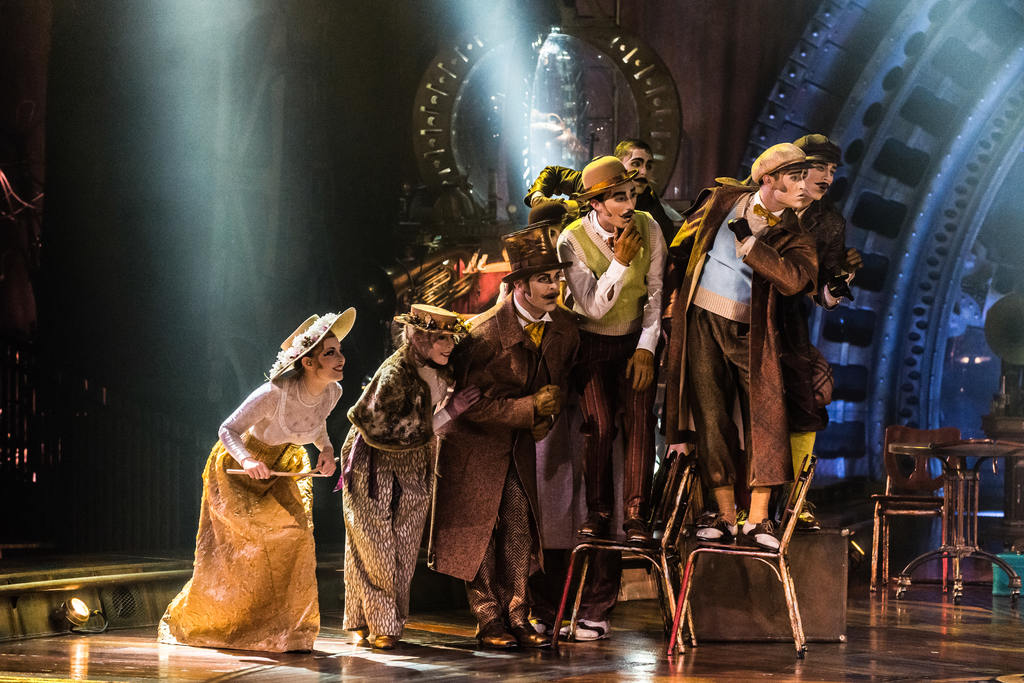