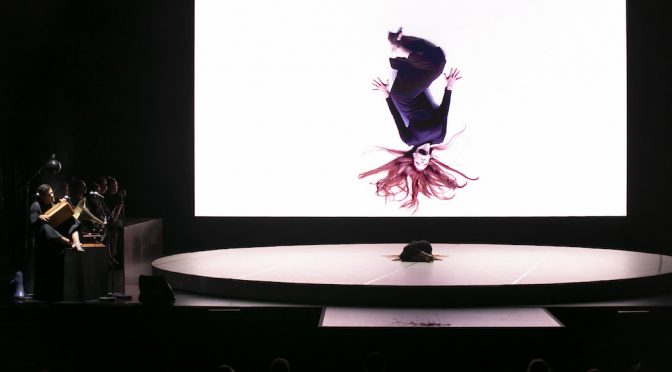 The world-acclaimed contemporary circus arts company Circa this week announced its remarkable program for the first four months of 2022, including 52 performances in 18 cities of eight productions across three continents and the launching of CircAbility, a program bringing participants from the disability community together to learn circus skills.

Circa Artistic Director Yaron Lifschitz said “Watching a brilliant team in full flight is a thing of great beauty. And it has been thrilling not only to see our acrobats leap and balance but to see the extraordinary efforts of our management, production, producing and engagement teams to bring this diverse and salutary season to the stage. The world is challenging and our work is uncompromising but we love the challenge.”

The company also confirmed the Governor of Queensland, Her Excellency the Honourable Dr Jeannette Young PSM as its inaugural Patron. Announcing the appointment, Circa’s Chair Michael Lynch AO CBE said, “We are delighted to welcome Queensland’s new Governor to be the inaugural Patron of Circa. We were proud to learn that accepting the role was one of Her Excellency’s first acts after being sworn-in as the 27th Governor of Queensland.”

Circa’s program for the first four months of 2022 – the equivalent of what for many companies would be an ambitious year of work – features three new creations, four tours and a suite of engagement and participation programs.
In Australia, Circa will premiere two new productions – Italian Baroque at Sydney Festival, a joyful ode to Italy’s multi layered past, created in its fourth collaboration with the Australian Brandenburg Orchestra, and On by Circa, a pared back and profound meditation about beauty, loss and trust performed by seven extraordinary acrobats, at Melbourne’s Monash University Performing Arts Centres.

European audiences will be treated to a stunning re-imagining of Astor Piazzolla’s opera Maria de Buenos Aires, blending exquisite singing, intricate acrobatics, live video and dance together to create the dream of tango and the tango of a dream, presented at the Opera de Lyon in France in a co-production with Le Nuits de Fourviere Festival.

In the US, the company will embark on its first tour since 2020 performing in eight cities across North America in the presentation of two continental premieres – Sacre and Humans 2.0., both densely woven acrobatic symphonies full of emotion and startling skills. The USA and Canada have seen many Circa triumphs including opening BAM’s Next Wave Festival, Jacob’s Pillow, White Light Festival and La TOHU. This tour sees Circa return to some of its favourite cities and venues including Toronto and Davis, California as well as marking the Circa debuts in six new cities across the USA.

Australian touring is a vital component of Circa’s presentations, allowing the company to connect with diverse audiences, reach regional and remote communities and share its internationally acclaimed creations. Complemented by workshops and engagement programs, Circa will be delivering close to seventy  performances on tour across Australia in 2022.

The January – April tours features twenty-six performances of six different shows. A not to be missed highlight is Shaun the Sheep’s Circus Show re-imagined for outdoor presentation at the iconic Sidney Myer Music Bowl in Melbourne.

CircAbility is a major new initiative for the company in 2022. Based in Circa’s philosophy of the ensemble, the program invites participants from the disability community to come together to learn circus skills and techniques in a series of workshops and social engagements. One month semesters in each of the Gold Coast, Ipswich, Brisbane and Cairns provide the opportunity to stretch limits, discover capacities and enjoy social contact.

About Circa
Circa Contemporary Circus is one of the world’s leading performance companies. Since 2004, from its base in Brisbane, Australia, Circa has pioneered a daring new vision of contemporary circus that combines extreme physicality, music, theatre and acrobatics into a mesmerising spectacle of movement and expression. From their home base in Brisbane, the company have performed at the world’s leading venues and festivals, with seasons at places like the Brooklyn Academy of Music (BAM) and London’s Barbican Centre as well as major Australian festivals – thrilling over 1.5 million people in 40 countries to date. Their works have been greeted with standing ovations, rave reviews and sold-out houses across six continents, leading their majestic productions to be hailed as a “masterpiece of circus arts” (La Presse, Montreal), “astonishing physical mastery” (New York Times), and “a revolution in the spectacle of circus” (Les Echos, France).

The company currently employs an ensemble of twenty three full-time performers, five staff directors and designers, and in 2022 engages with forty four guest artists and collaborators (video artists, musicians, opera singers, architects, guest directors and guest performers). Under the visionary direction of Yaron Lifschitz, and the Circa board led by Michael Lynch AO CBE, Circa continues to grow in size and reputation, redefining the limits of what is possible in circus.